Southwestern Wildlife Coming Out of Hibernation

Southwestern Wildlife Coming Out of Hibernation 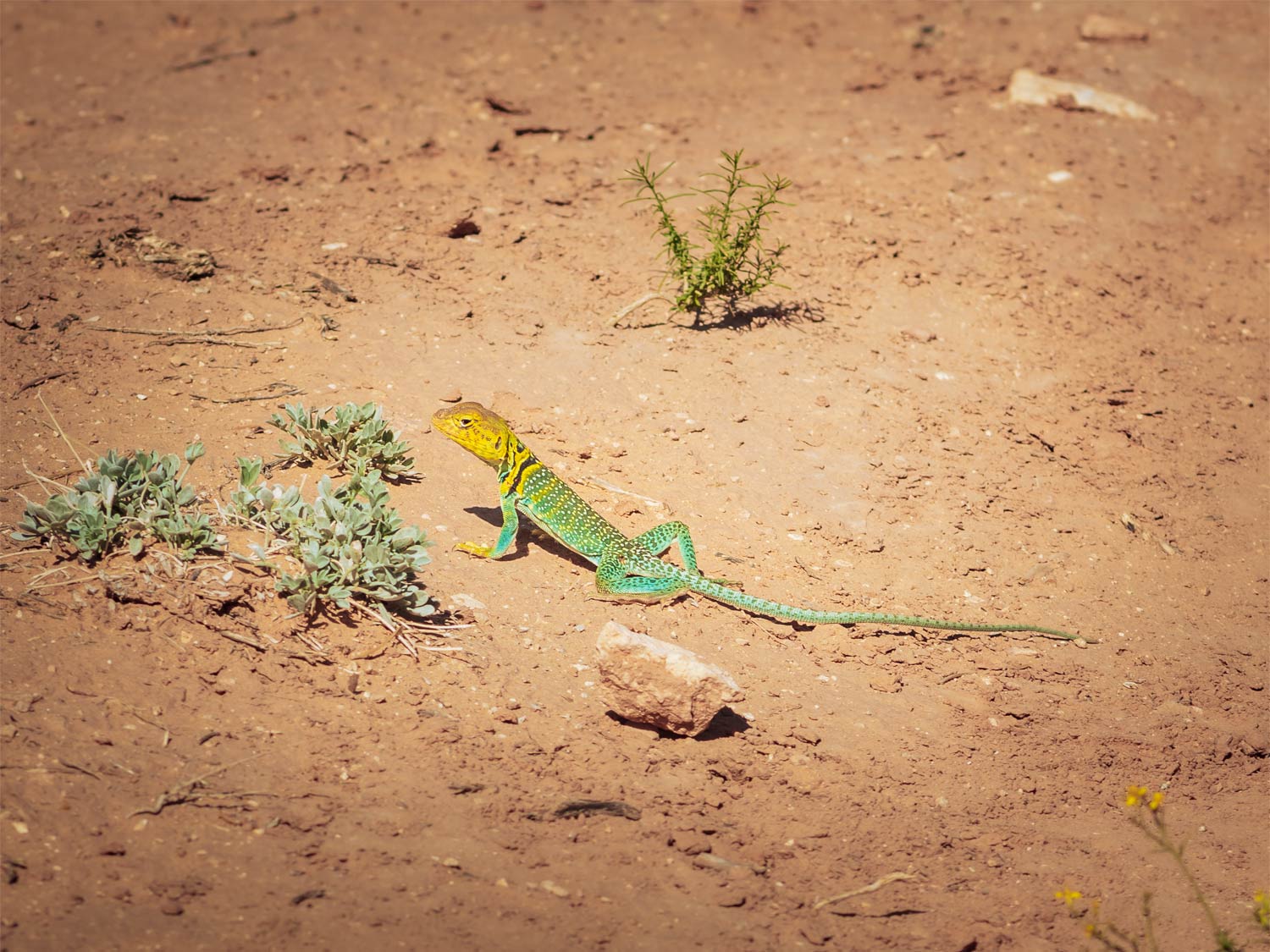 Wondering about southwestern wildlife hibernation? Imagine going to bed for the entirety of winter… sounds kind of incredible actually. And it is, because those who manage to do it are both skillfully prepared and genetically superior to rest of us who would immediately starve, drown, or freeze to death if we tried to lie dormant on a whim.

In the Southwest, a slew of wildlife hibernates, sometimes for half the year! This makes spring all the more radical for newly thawed deserts and mountains. Check out this list of wildlife that makes its debut in spring, along with a little insight as to how they survive for months at a time without food, air and holiday jingles.

Winter is a different ball game for cold-blooded critters like lizards, snakes, toads and turtles. Since they can’t regulate their body temperatures with insulation or by packing on calories, some reptiles and amphibians enter hibernation, or brumation as some call it, with the help of their cells. When temperatures get icy, their cells introduce more glucose through the membrane, which is a natural antifreeze that keeps them from freezing to death.

Reptiles who endure this process like the Western Painted Turtle will bury themselves under the mud of frozen ponds or frigid rivers to hibernate. And while you might be thinking, “That’s impossible, turtles have to breathe,” they kind of are— through their butts! According to McGill University, the blood vessels around that particular opening take oxygen right out of the water, allowing them to survive half-frozen, underwater, for months at a time.

In spring, keep an eye out for these cold-blooded bosses emerging from down under:

These guys are found throughout the rocky areas of the Southwest and emerge in April for mating season. They are also a species of lizard that runs on its hind legs to catch prey! 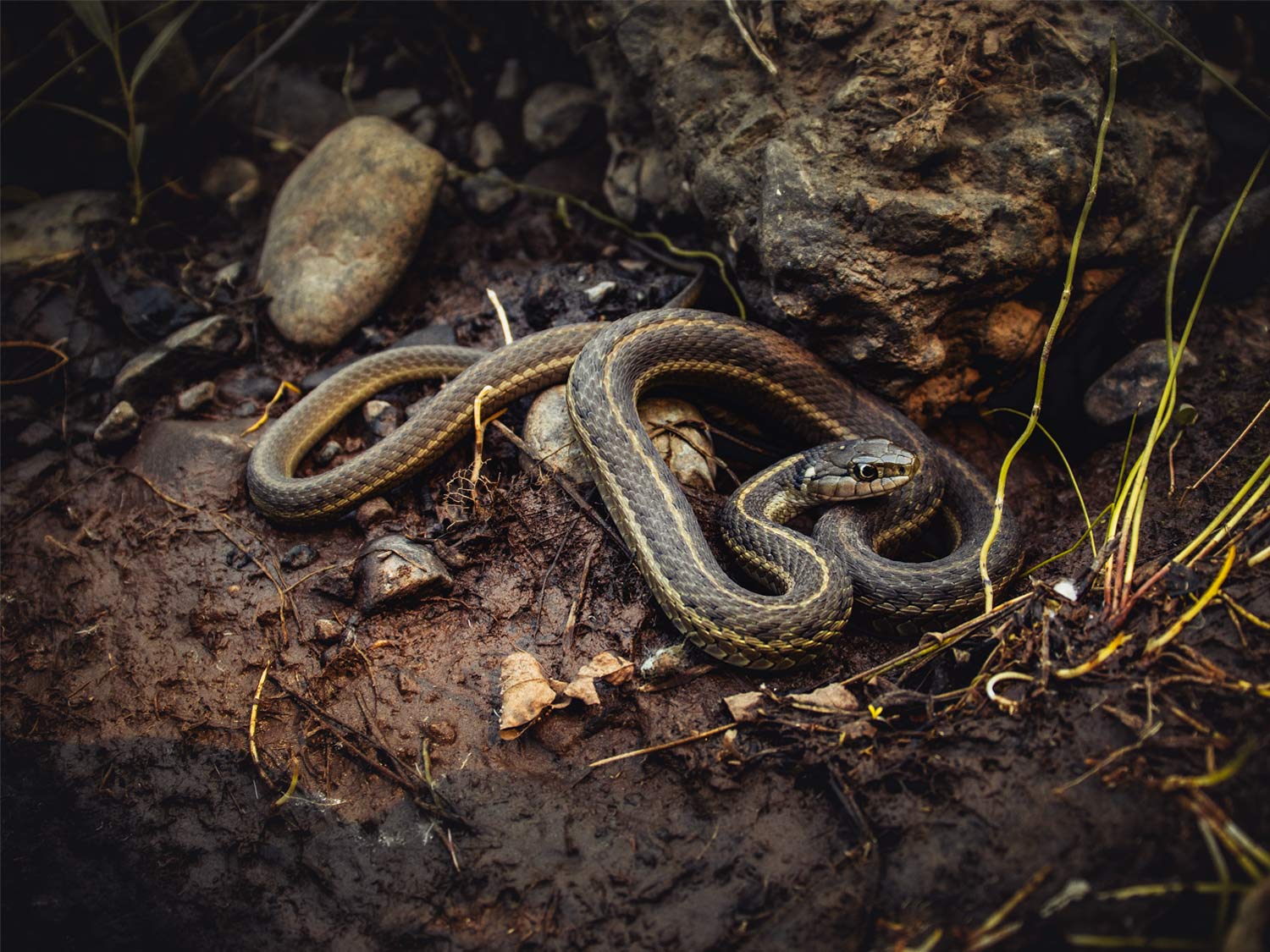 The garter snake is a common, petite snake found all over the Southwest. During spring, you can usually find them near water sources in the afternoons.

A common turtle throughout North America, this special reptilian can be found basking along streams in Southwest Colorado and Eastern Utah. They prefer slow-moving, shallow waters with mushy bottoms and can be found as early as March.

This southwestern native loves to hang out around rocky waterways and serendipitously blends right in with its habitat. They become active in March for mating season, especially at dusk. How romantic! 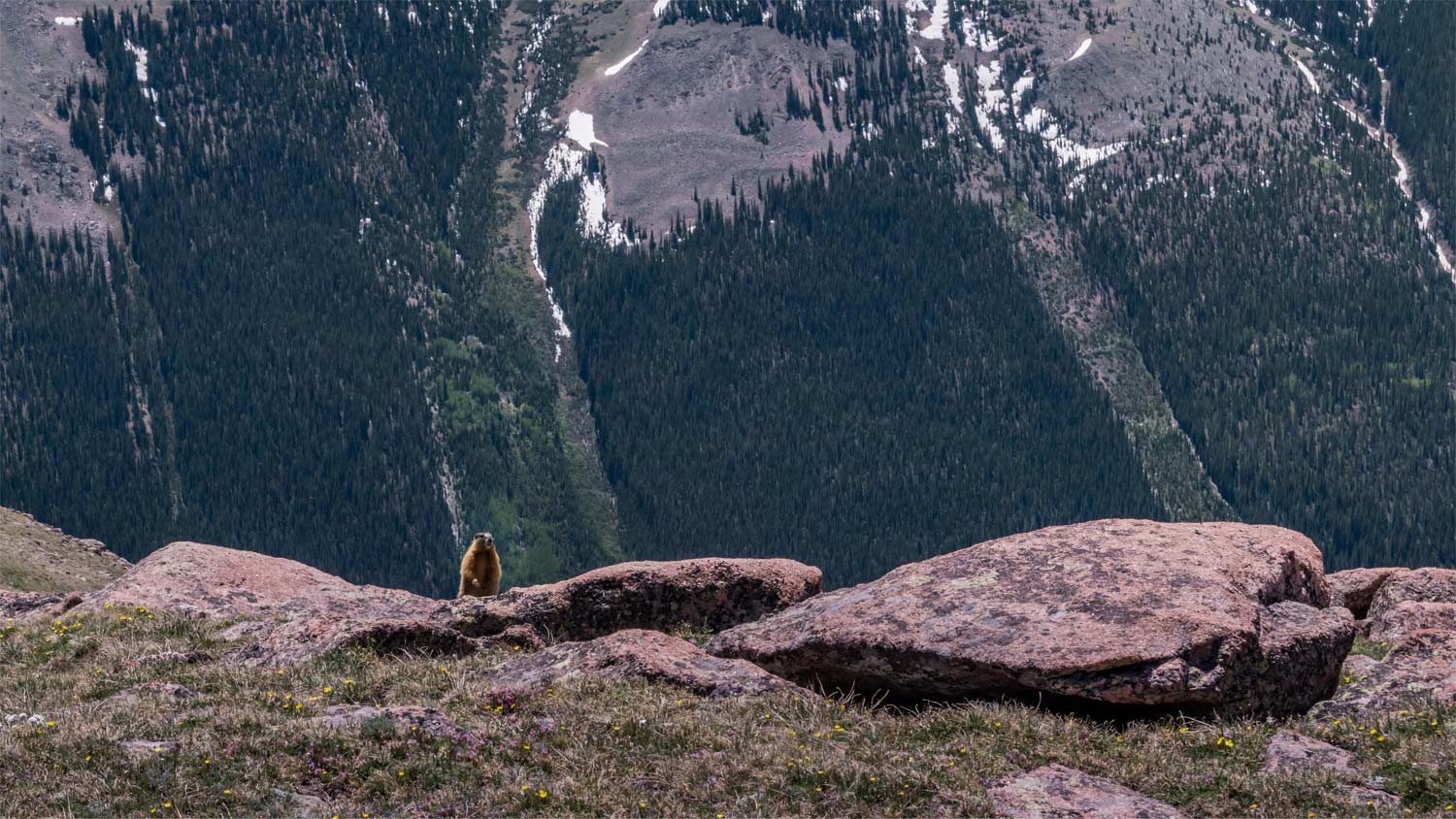 Many squirrels in the Southwest don’t actually fall into a prolonged deep slumber, aka torpor, like other animals. Because most ground squirrels are so petite, they can’t actually store enough fat on themselves to enter full-blown hibernation. But they do hoard plenty of bugs, nuts, berries and bird eggs (rude) in their tiny burrows to munch on between weeklong naps.

However, yellow-bellied marmots of the Rocky Mountains— which is not a slight, they are literally yellow-bellied— do fall into dead sleeps for up to 8 months, according to the National Parks Service. This is why they always keep their figures so shapely, giving them plenty of storage to burn through as their body temperatures drop to 41° F and their heart rate drops to 75% less than while not hibernating.

Look out for these buck-toothed furballs as the snow melts, and always keep a close eye on you’re small belongings (including your snacks). 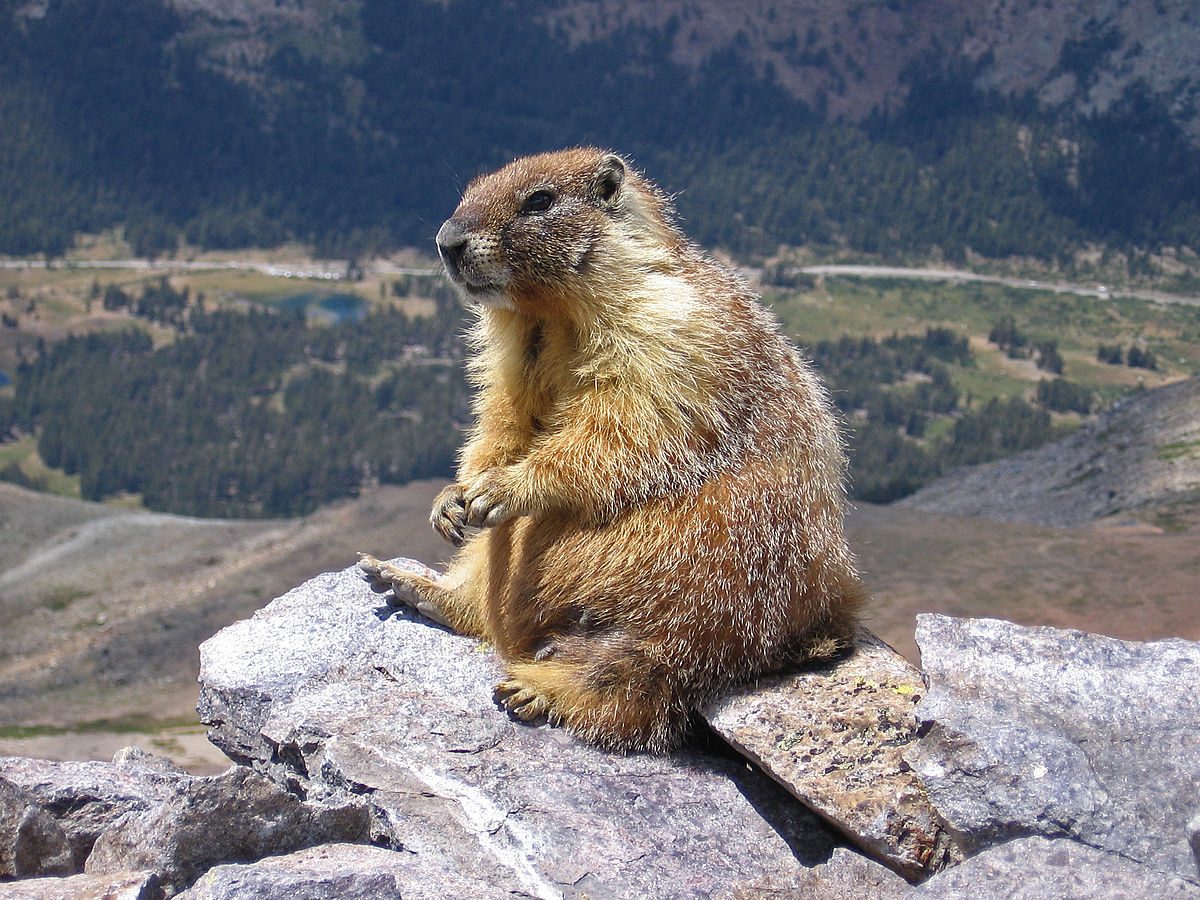 Marmots are quite common in the mountains of Southwest Colorado. They emerge during April and May to start eating again and for mating season. Listen for their abrupt chirps in talus slopes especially! 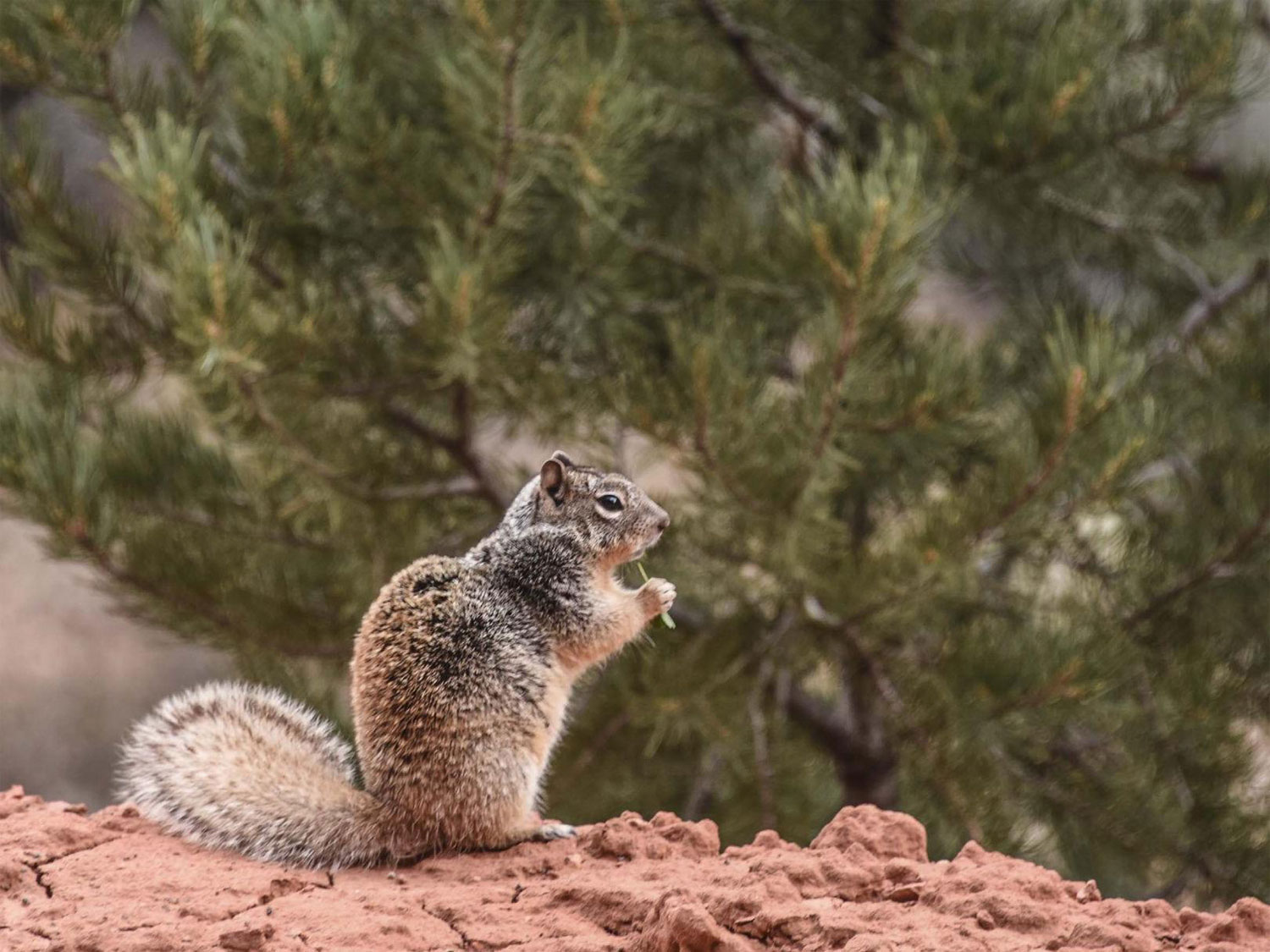 These ground squirrels are found all over the Southwest, and can climb trees easily. They’re not too shy, and become active starting in March. You’ll most likely even see them in town!

Prairie dogs usually group together in flatter areas for their burrows, and are really common in deserts. While they blend right in with their surroundings, you can usually spot them along trails standing straight up next to their burrows starting in March.

Catching sight of a Hopi Chipmunk is pretty easy throughout the Southwest, whether you’re in desert country or high up in the mountains. They’re super active throughout the day and can be found bounding over rocky areas starting in March.

Yeah yeah, we all know bears are the A-listers of hibernation. But according to the National Parks Service, black bears don’t chill out as much as squirrels do, making their dormancy state more like siestas rather than a dead sleep. This is because bears hold onto their fat longer due to their fabulous coats and body mass, so they can expend a little energy every once in a while to get up and make sure their dens are safe. This is essential since bears have their babies during winter. 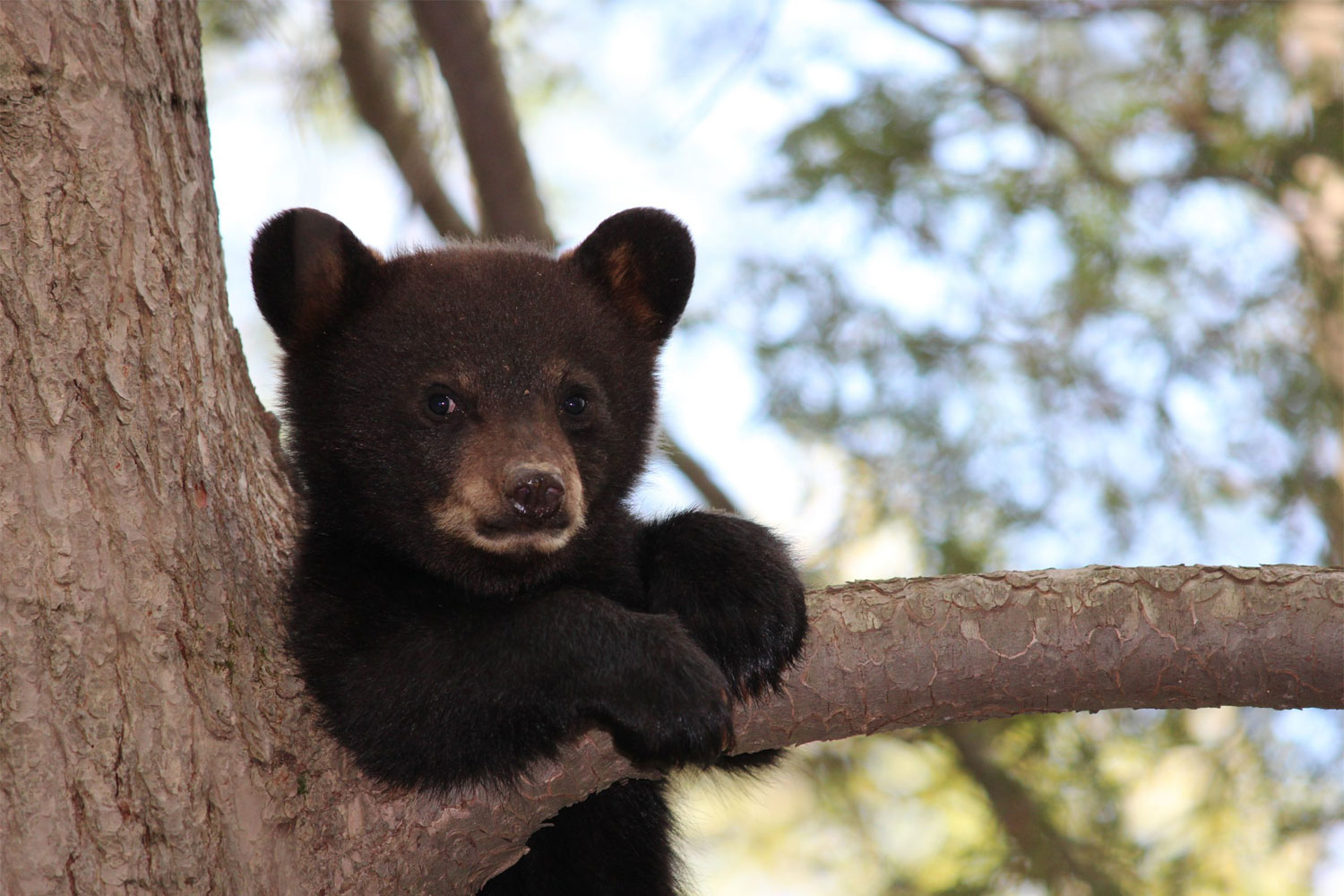 But even as bears occasionally come to during hibernation, they don’t eat or pass waste for the entirety of it. In lieu of defecating and urinating, a bear’s body uses the nitrogen from their backed up badders to build protein for their muscles and organs, which protects them as they burn through their fat storage.

Black Bears dot the Southwest from desert canyons to alpine peaks, and usually rise from their dens from March to May. It’s not entirely rare to come across a bear during a wilderness outing, so check out this resource from the National Parks Service for bear safety if you plan to explore some rural areas during the warmer months. 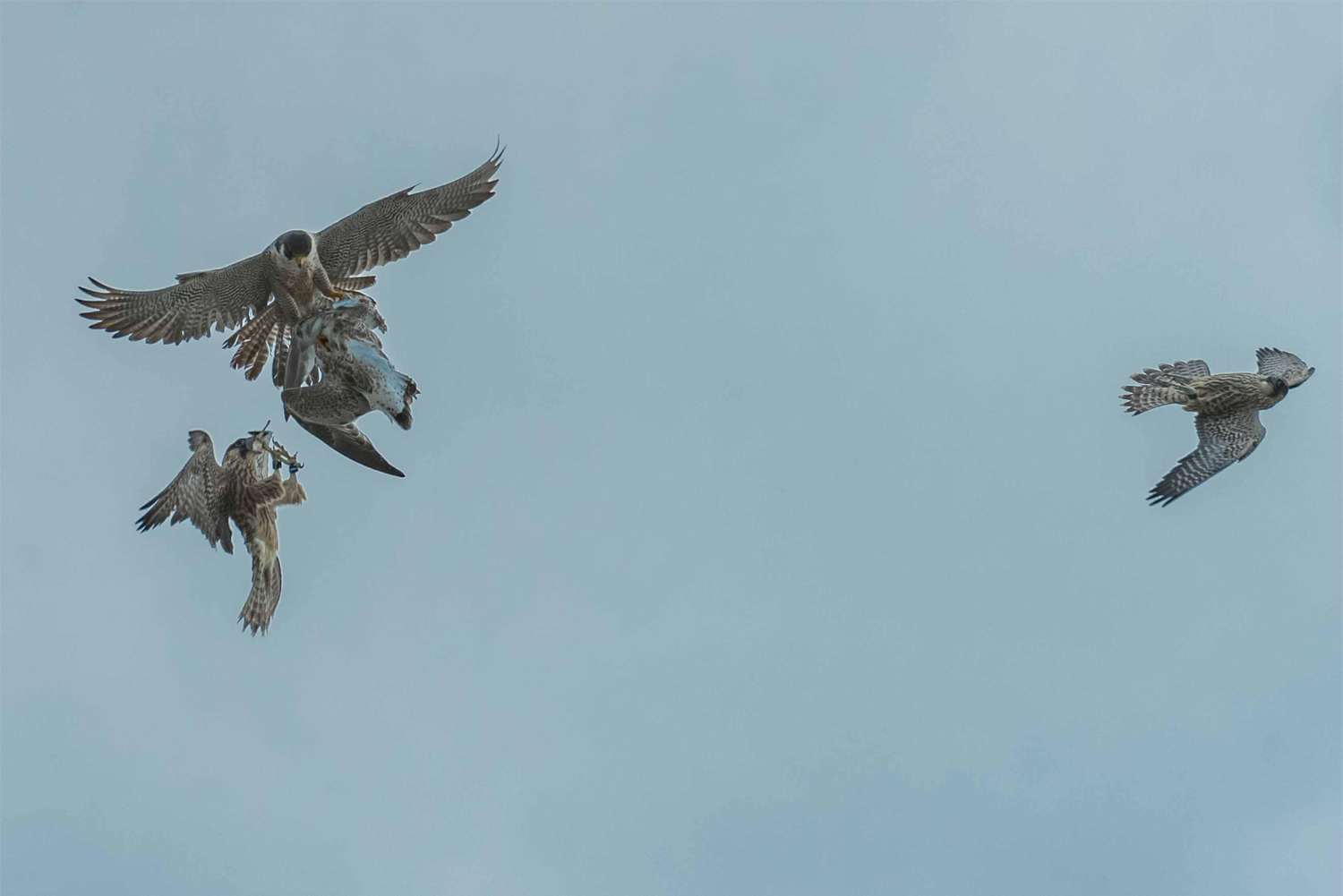 Alright, the only aviators who actually hibernate in this section are bats, but there’s so many airborne beauties coming back for spring, why not include them?

Bats are more flexible with their winter plans since they’re able to migrate to follow the bugs, or hunker down for the holiday season, according to NPS. The latter takes bats into one of the most extreme hibernation states of mammals, bringing their usual heart rate of 300 beats a minute to just 10 while their body temperatures drop just above freezing. They can also sleep for much longer, with torpor periods lasting up to a month.

As for the birds, the Southwestern locals start returning in February from their sabbaticals in Central America, via Birds and Bloom. Raptors like the peregrine falcon escape winter’s bite quite quickly. With top speeds clocked at 71 mph, the peregrine takes the title as the world’s fastest bird, allowing them to travel over 123 miles a day on their migration routes between continents. The peregrine falcon is also the world’s fastest animal (sorry cheetah) as its top speeds can reach 240 mph when diving for prey.

Here are a few other fabulous flyers to look for this season. Also, if you’re a birder and would like to partake in the Centennial State in particular, check out this awesome guide to Southwest Colorado birding.

You probably already know this, but, you’re most likely going to see these little creatures once night falls and the bugs are out. Pallid bats don’t really discriminate on area, so you’re bound see one! 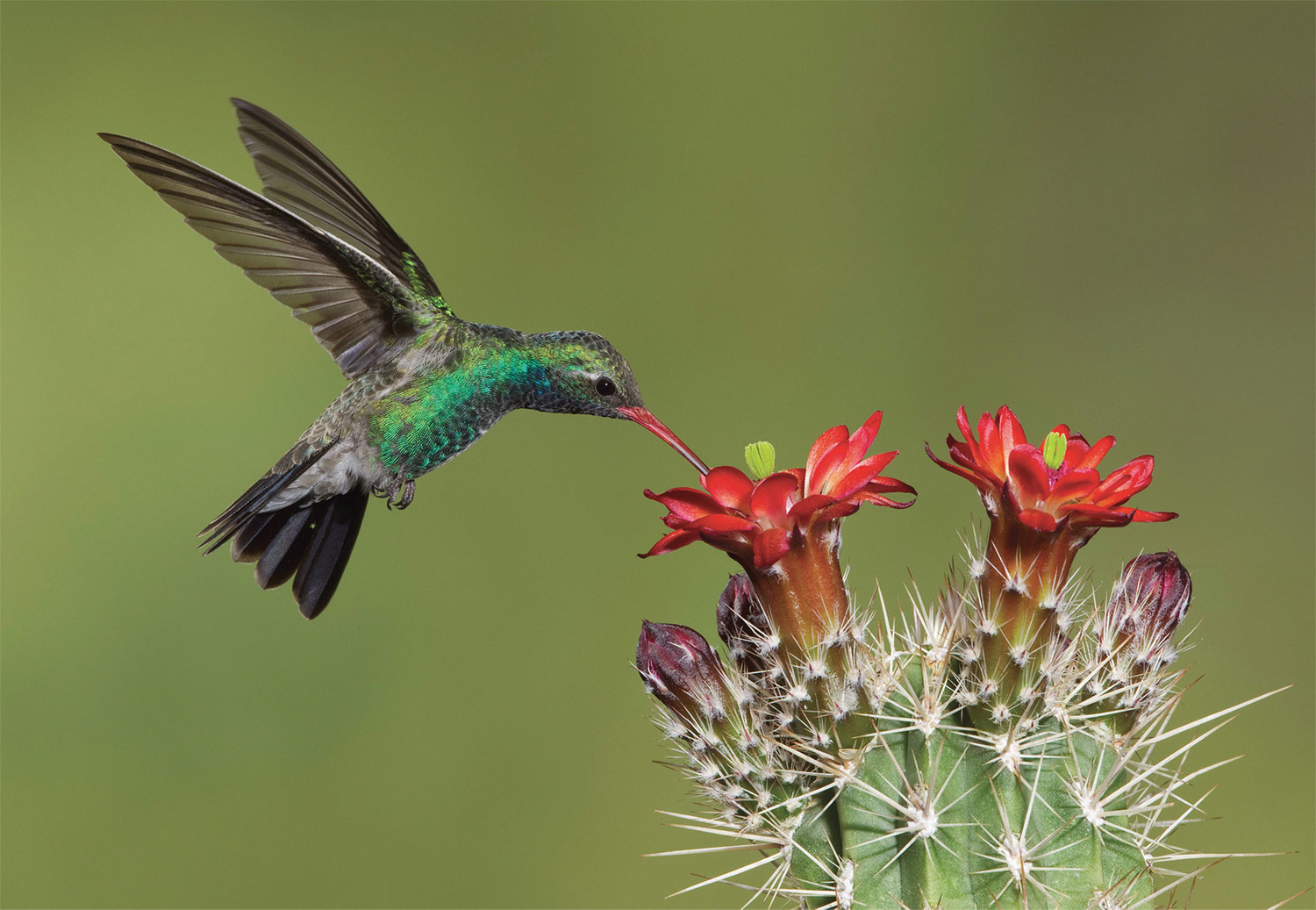 Hummingbirds follow the flowers, so if you find yourself in alpine meadows of Colorado, or in cactus groves in Utah, you’re bound to hear that fabulous hum approach by April. 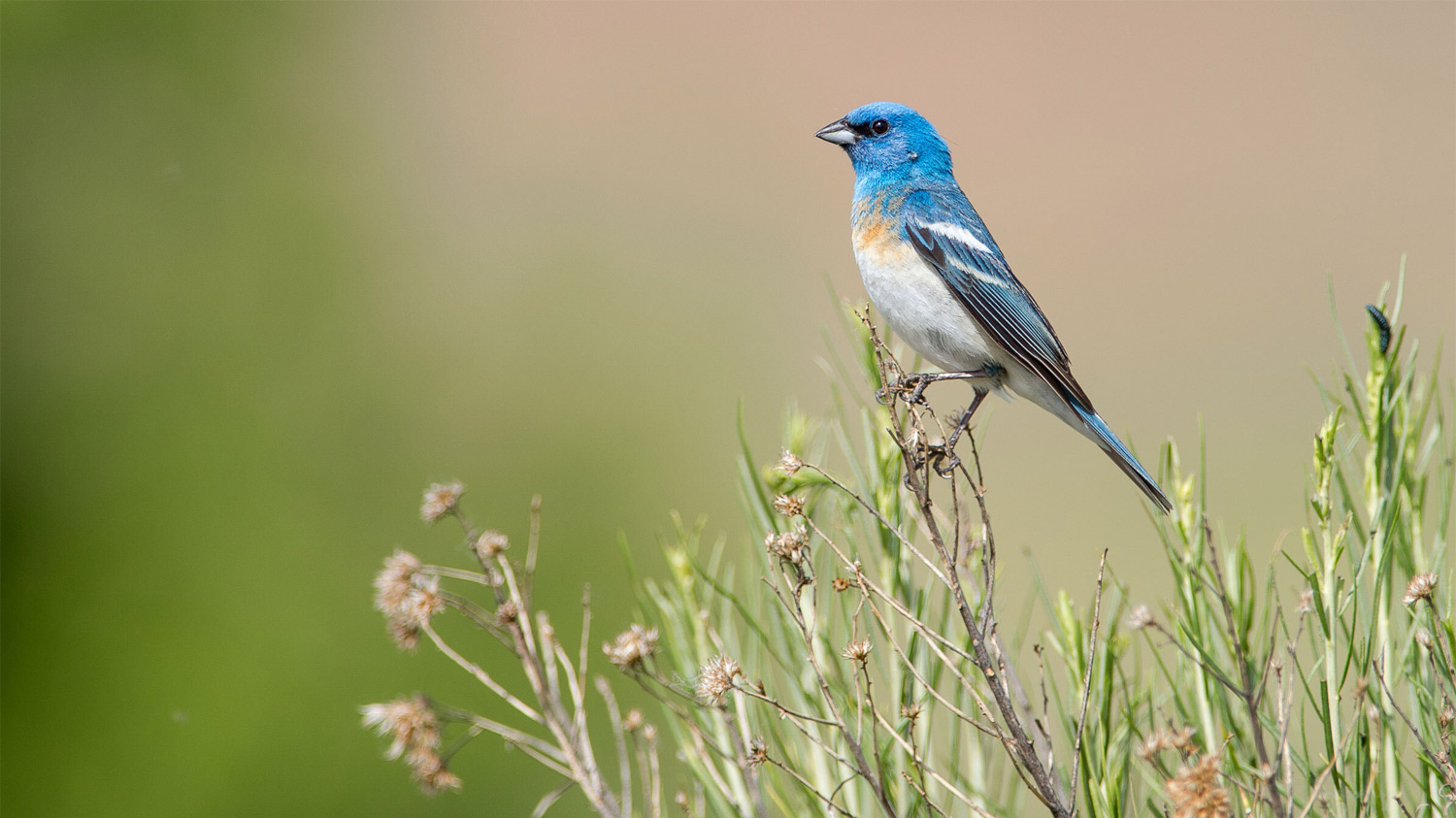 These lapis lovelies love a well-watered brushy areas and hillsides. They’re quite active throughout the Southwest, especially in May. 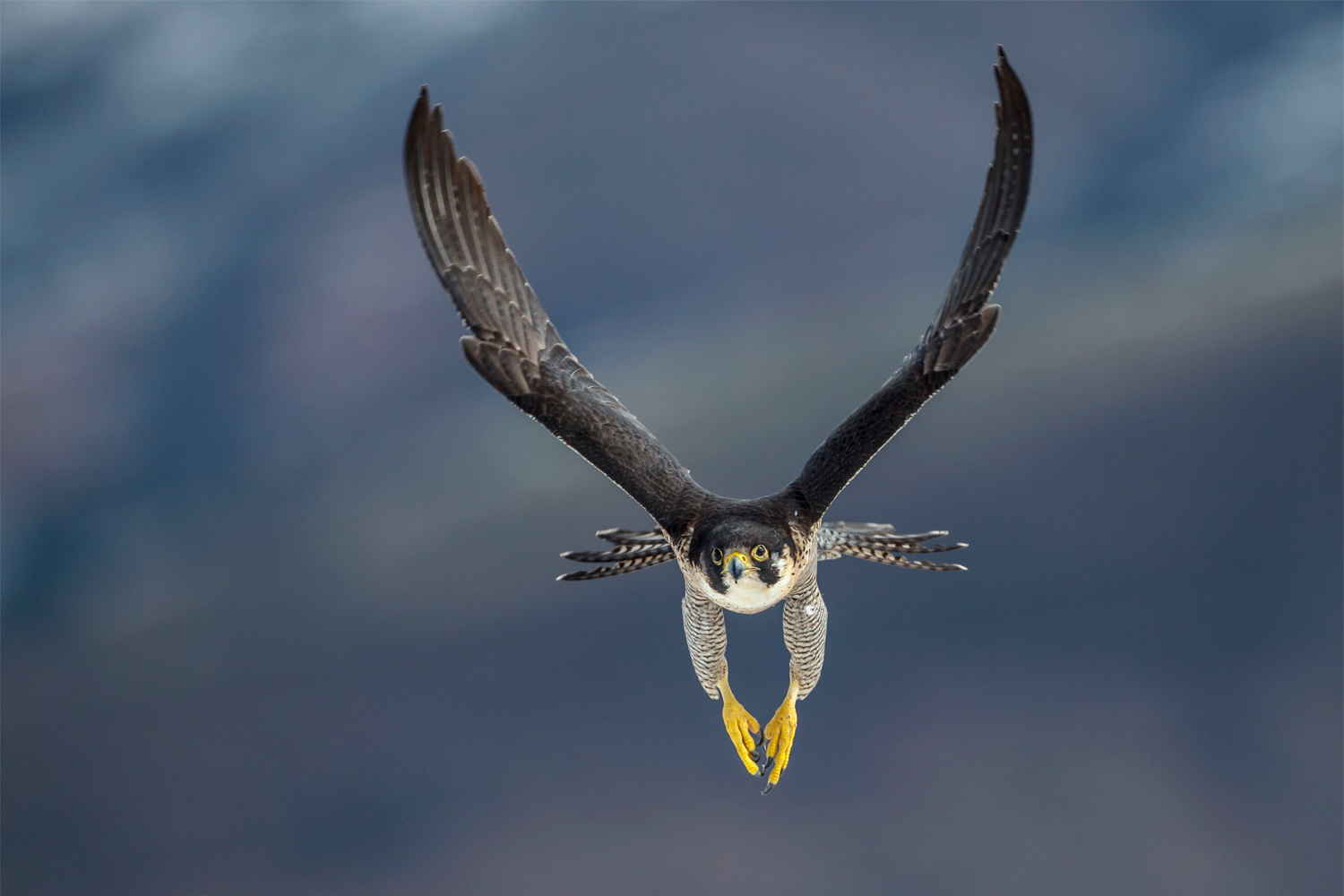 This world-record holder loves a good river valley or mountain range where it can feast upon medium-sized birds. They often take to their nose-dive hunts in the mornings or around dusk, and are active by March throughout the Southwest.

Where and How to See Southwestern Wildlife out of Hibernation 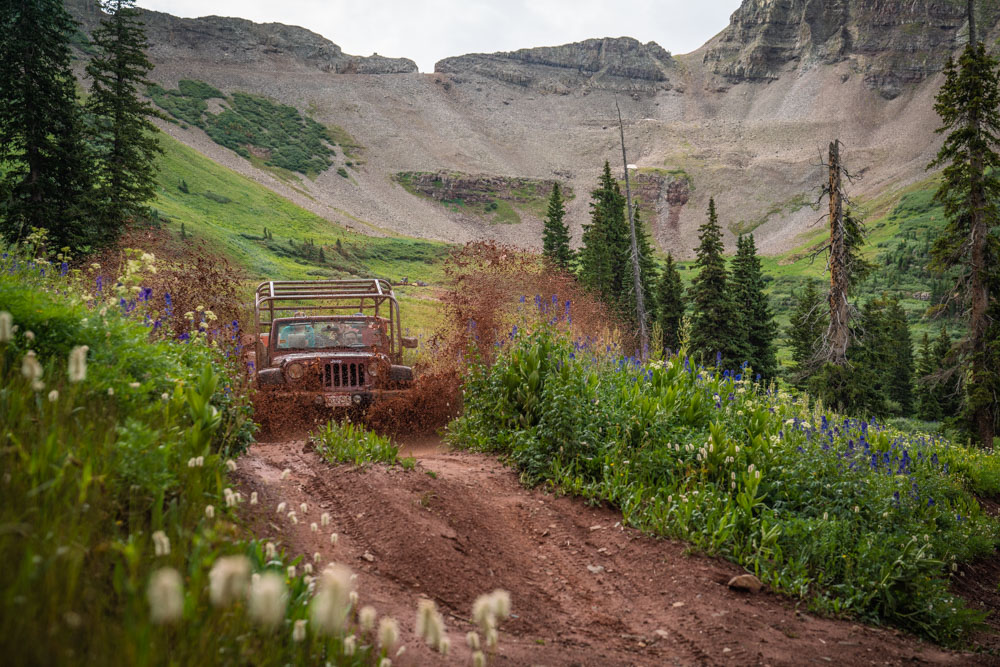 As warmer days become more frequent, so do the outings of wildlife. On hiking and off-roading trails, common hours for animals sightings are usually in the morning or early evening. Some wildlife are always active, like squirrels in the mountains or lizards in the desert, you just have to keep your eyes peeled while you’re out exploring!

If you’re not sure of where to go, or some areas a little too remote to access on your own, consider joining a tour! Colorado mountain ranges like the La Platas outside of Durango or San Juans above Silverton are full of wildlife in the spring. In Utah, the Colorado River and surrounding canyons of Moab also become quite lively before the summer heat rolls in. Jeep Tours or rafting trips here are an exceptional way to find southwestern wildlife out of hibernation.

Top Places to Adventure Off the Beaten Path in Durango