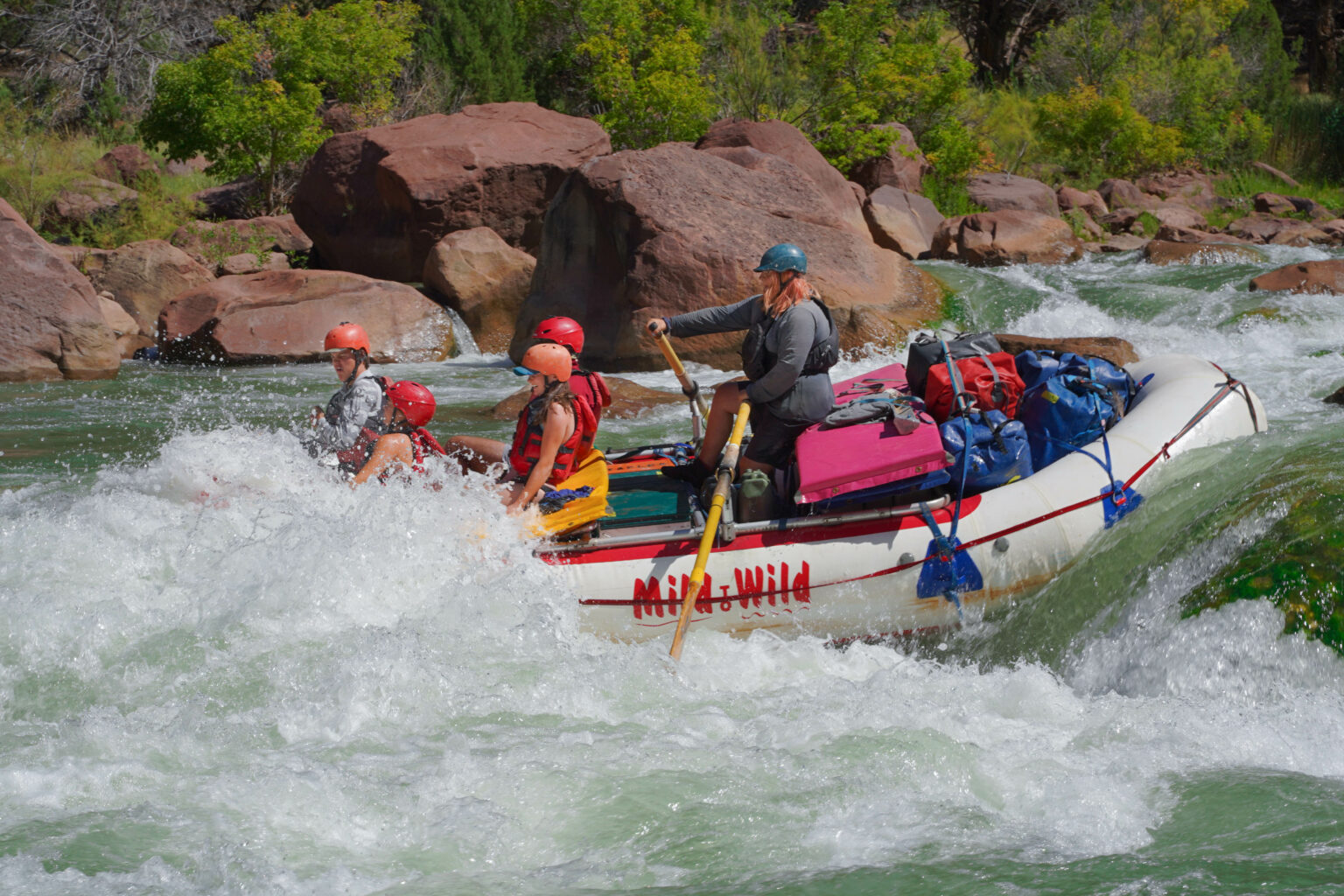 Before the canyons of the Green River were mapped 150 years ago, many westerners imagined that they unraveled into gardens of Eden. Today, most, if not all, might say that assumption was completely astute. Particularly in Lodore Canyon.

Between billion-year-old quartzite walls, gardens bloom bankside with wild mint and hackberries, up to the rim with juniper and ponderosa, and into the Green with bus-sized boulders.

These “rock gardens” strewn throughout the waterway add the extra zest to Lodore’s already exhilarating whitewater, and have humbled many-a-river-guide for more than a century.

In much more recent history, one guide by the name of Annie Farrugia— a career river runner and multi-day extraordinaire with Mild to Wild— found herself learning these no-nonsense lines for the first time during the 2022 season.

It was a long time coming, given that Annie had been guiding for nearly six years in some of the most remote stretches of Utah’s unforgiving backcountry.

Her first season with Mild to Wild was mostly spent in signature sizzle of Utah’s Castle Valley and Desolation Canyon. So when she heard that guides were needed north in the mountains near Vernal for the following season, she immediately snagged a spot.

“On my first trip in Lodore, I was going to row a huge baggage boat, and I knew in my heart as we were rigging before the trip, There’s no way that all of the beauty I’m anticipating is going to meet my standards, it’s too hyped up…”

“As soon as we entered The Gates, I just started crying. It was so much more beautiful than all the expectations I had in my head, more than I could have ever imagined.”

Wonder would quickly transition into fixation, given that within the first 10 miles, Annie and her super-loaded gear boat would greet a trifecta of infamous rapids. It’s where Eden turns up— what’s a garden without a few thorns in the bushes, after all?

Billowing between pockets of fallen cliff chunks, these Class III and IV swells come with a colorful history of testing all boaters who become acquainted. Their names are quite fitting: Disaster Falls (a big and technical Class III), Triplet Falls (a no-nonsense Class III line), and Hell’s Half Mile (a righteous, boat bucking Class IV).

With it being Annie’s first trip, she was to take on the swell alone in a less-than-dirigible vessel. At Disaster Falls, she would need to T up just in time for a tight drop the current takes between two fat crimson boulders. 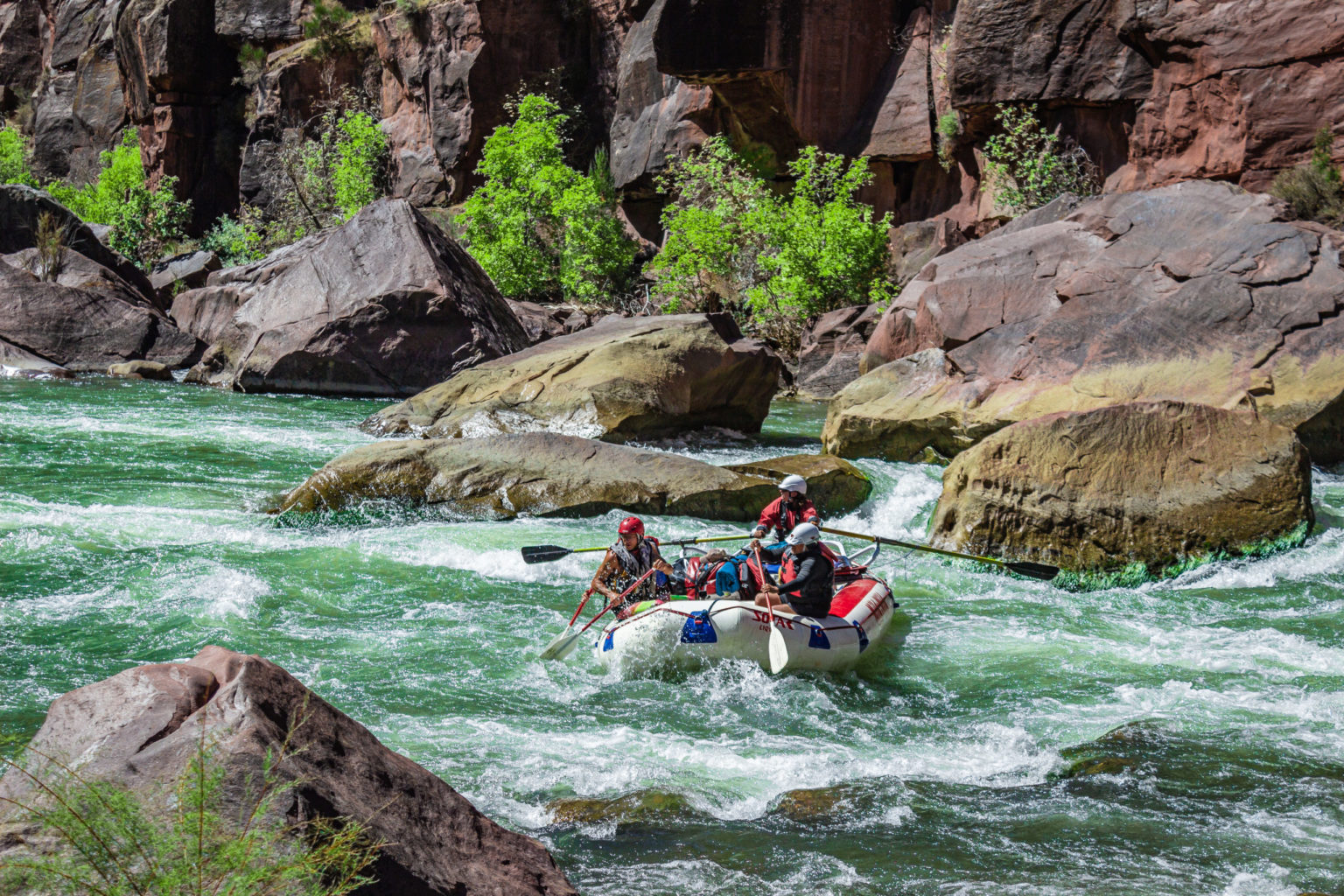 “The current can be kind of deceptive, especially if you’ve never seen it before. So I dropped into the right place, but I thought I needed to go more left, but then the current took me even farther left. So I bumped off a boulder and did a little bit of ping ponging through the rapids. But I was so relieved to just get through it. My crew was so supportive, so I was like, I’ll take it,” she laughs.

After Disaster (or none hopefully), Triplet Falls comes shortly downstream. This is the rock garden that guides tend to anticipate most given that there’s only one viable line through the maze.

“The current takes you right when you need to stay left, and there’s three giant boulders that create a sieve. It is avoidable and not a hard move away from, but it is intimidating and nerve racking because there are still rocks and boulders that want to bump the boat.”

And while Annie had a lot of nerves going into the line for the first time, she ran it without a hitch. The run is usually over in less than 10 seconds, and it’s quickly onto Hell’s Half Mile at the next bend.

Hell’s is considered the “easiest” rapid to run in Lodore while ironically boasting its steepest plunge.

“Hell’s Half Mile is my favorite. It has the most fun drop to it and the current is more playful. It’s fun at every water level, and at high water it’s still the same line.

“But it always keeps you in your mind, because even the slightest change in CFS can change the current. So it’s not total muscle memory, but you still have an idea of anticipating how it’s going to go.”

“…And it’s also not actually a half mile, it’s a quarter.”

There is one prickly pear in this garden of sorts, crouching at the top of the rapid. The rock, affectionately named Lucifer, is a professional boat snatcher and an SOB to push off of once mid-stop in the current.

In the Lodore Canyon guidebook, it’s recommended to always go left around Lucifer after the drop since there’s more room to clear it. But at lower water levels, it’s not always possible. On one trip, Annie didn’t have an option other than to go right. And right she did.

“I yarded on the oars, ‘ALL FORWARD! HARD HARD HARD.’ The boat wheelied over Lucifer, hit an amazing drop, and everyone was so stoked. Never will probably be able to recreate again.”

Once one manages to clear the oh-so fruitful rock gardens of Lodore, the rest of the voyage through Dinosaur National Monument is fairly lowkey. And since Annie was spending half of her season in this chasm, she grew closer and closer to its many characters beyond the ones that froth and spit.

Some characters came in the form of new rock falls to be discovered, or the countless colors meandering across the walls throughout the hours of the day. 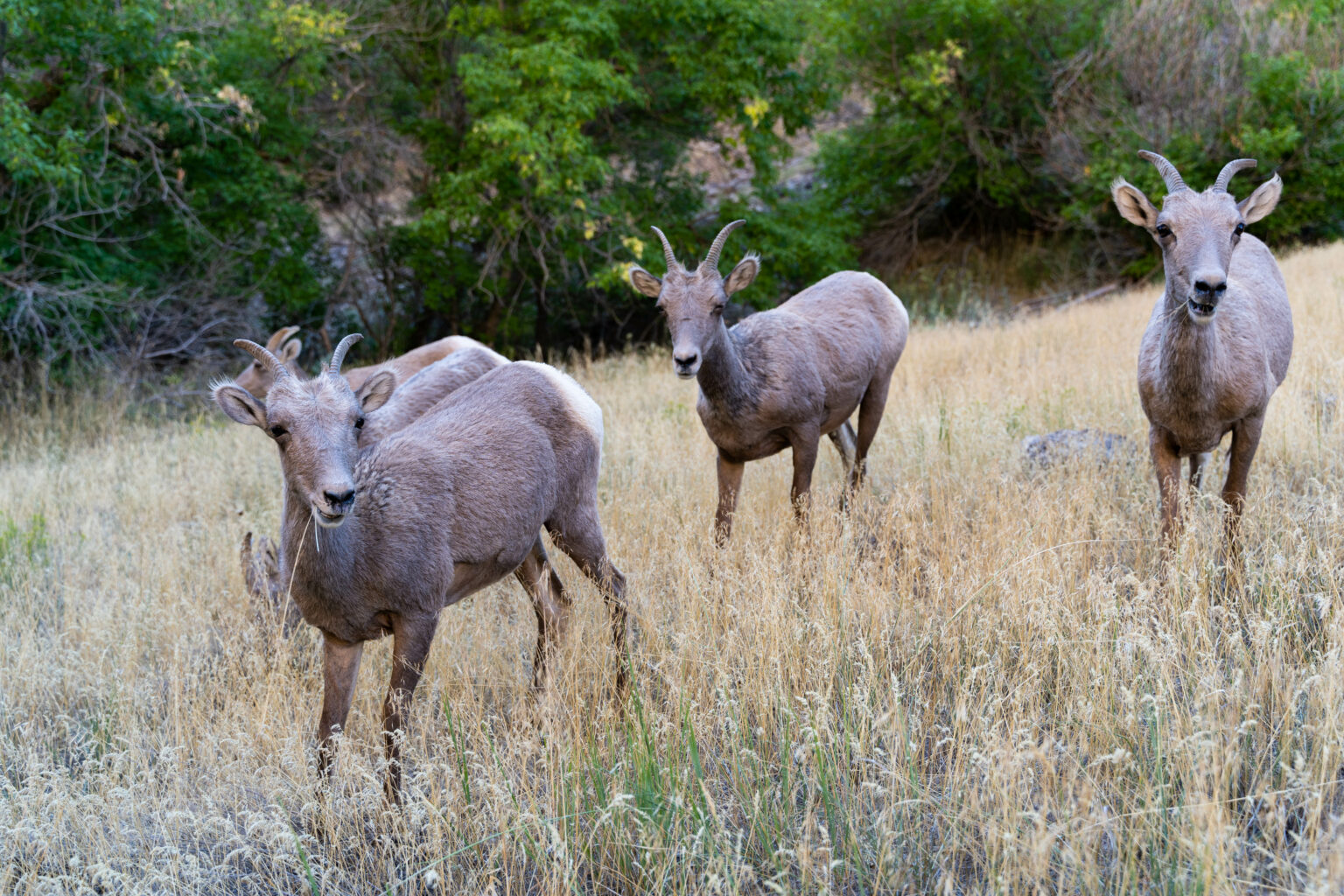 “It was really cool to develop a sense of place in the canyon. I was there every week, getting to see the baby big horns become teenage big horns…”

“Plus, they’re so happy there and fat and fluffy. They’re just sitting on a rock, obese, drinking water, ‘I guess I’ll chew on this delicious lush grass, I’m not even hungry.’”

Annie, and most people who know this ribbon of rippling emerald, agree that this canyon reigns supreme above most. Not only for its astounding beauty and pre-diabetic sheep, but also for its generous pace that every person wants in wildernesses far, far away.

“You can wake up at a reasonable hour, and have a perfect amount of time on the river, come home to camp and have a good time with your family and friends. As a guide, you get more down time, which is so nice to have to decompress with the group.”

“All of my boating career, friends, teachers and mentors had always asked me if I’d ever been to Lodore. They all said it was the most beautiful place they’d ever been rafting…”

“They were right. It felt like home. It’s the perfect trip we run.”

As a final sentiment, Annie says for those who are taking a Lodore rafting trip, keep an eye out when you’re paddling through the rock gardens. The Big Horns love to perch on the boulders and watch the rafts bound through the whitewater. We say, give ’em show they’ll remember, until their next meal at least.

Check out River Trips in Gates of Lodore

The Green River is one of the Best Rafting Trips

A Raft Guide’s Wild Beginnings with the Salt River