The Origins of Rafting The Notorious Upper Animas River

The Origins of Rafting The Notorious Upper Animas River 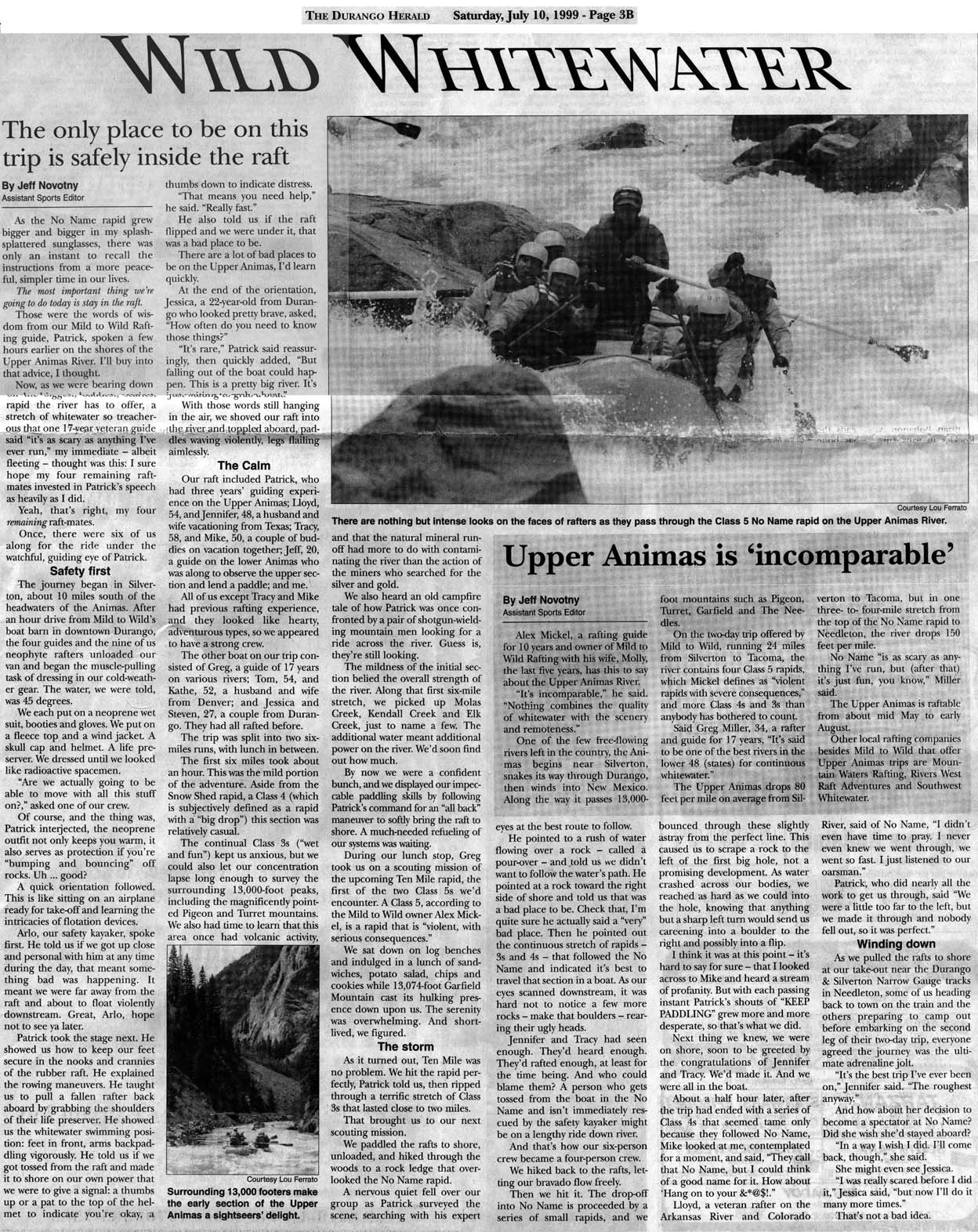 Rafting beginnings on the Upper Animas

A kayaker is bundled in wool beneath a suit of PVC, accompanied by fiberglass to ride a natural thundering highway. This was a time before self-bailing rafts. The audacious decided risk and reward were interchangeable in the sacred pursuit of adrenaline. The Upper Animas River was rarely toured inside its relentless biting current, aside from daredevils adorned in yellow rainsuits, until 1981.

That year, Wayne Walls, who owned a commercial rafting company, found his lines by helicopter before planting a 13-foot bucket boat in the Upper Animas. He and two others wanted to prove that a raft could make it through the pandemonium of the Weminuche Wilderness. Which they did, miraculously. 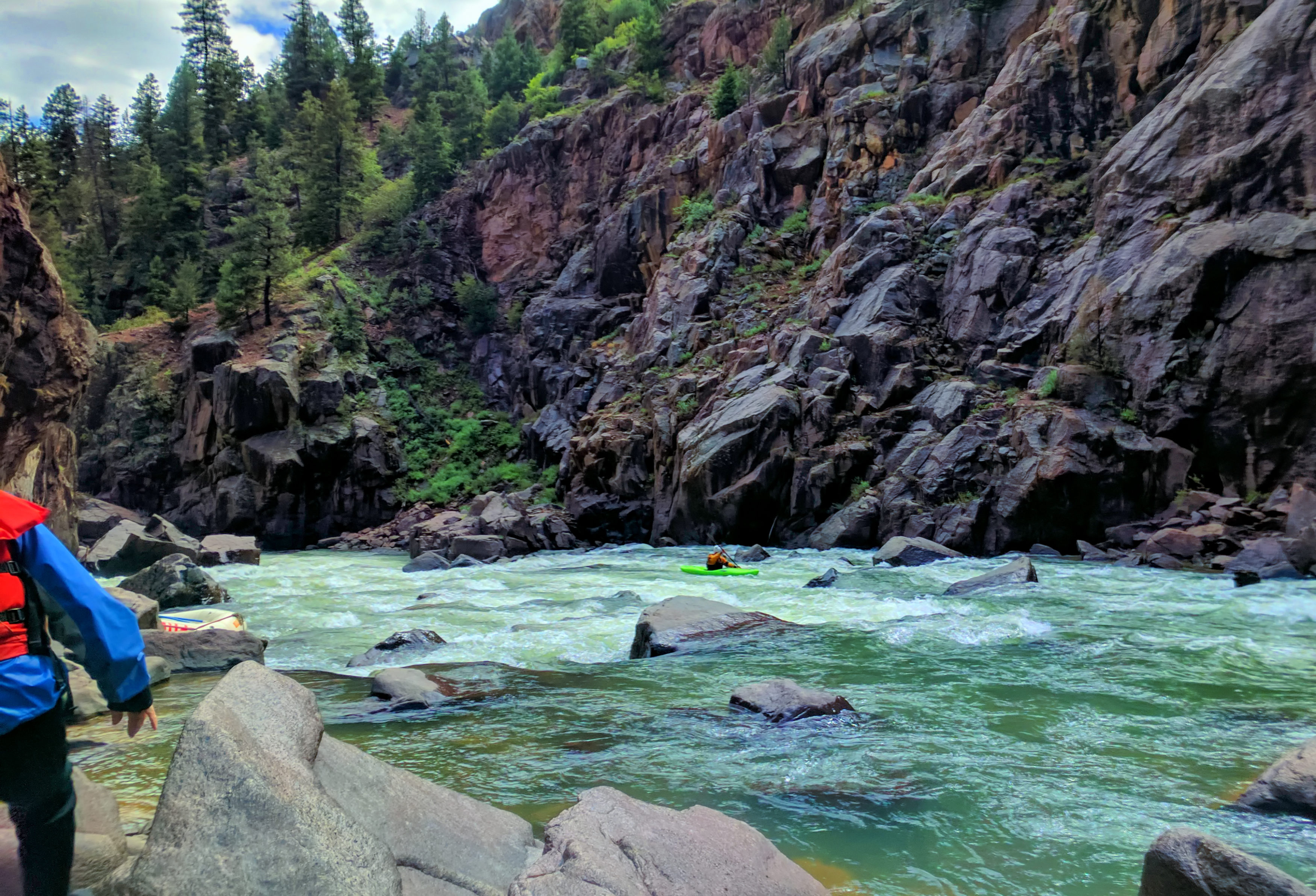 “The reason there wasn’t really rafting on the Upper Animas was that everything was run in bucket boats, and the continuous nature of the whitewater made it non-navigable,” Mild to Wild Rafting and Jeep Tours founder and owner, Alex Mickel, said. “Once a bucket boat fills with water it becomes too difficult to maneuver.”

On Wayne’s first run, the raft became wrapped against a rock he couldn’t get around. His partners, who had been thrown from the boat, swam back and unpinned the raft using bailing buckets. The spot has kept the name, Wayne’s Rock.

Thereafter, Wayne’s bucket boats came with a team of five. One on the oars, two for bailing water, and two that paddled like nobody’s business.

“It took the advent of catarafts, and then self-bailing rafts to get rafting going on the Upper Animas,” Alex said. “The original outfitting and running of the river in a raft up there were exclusively on catarafts.”

Alex’s first experience on the river was in 1990 with two friends. It was low water in early May when they spent a day exploring the spring snowmelt from Needleton to Tacoma in a cataraft.

“Catarafts are great for the oarsman, but they’re not so great for riding on,” he said. “They’re not very comfortable, there’s no floor to fall into, and it’s kind of a difficult place for people to ride. So we really pushed heavily into running the Upper Animas with self-bailing rafts.”

Before and After Safety Standards

In the beginning, any client who wanted the challenge of ferocious flows was welcomed on rafting trips. Some companies would even run the Upper Animas at peak levels in June when the current swells over 4500 CFS.

This isn’t the case for rafting companies including Mild to Wild anymore. Now they require safety training, a swim test, physical fitness and paddling experience from guests.

The maximum CFS Mild to Wild will launch on the Upper Animas at is 3100 in Needleton, and 1500 in Silverton. This means skipping the belly of the beast in mid-June. 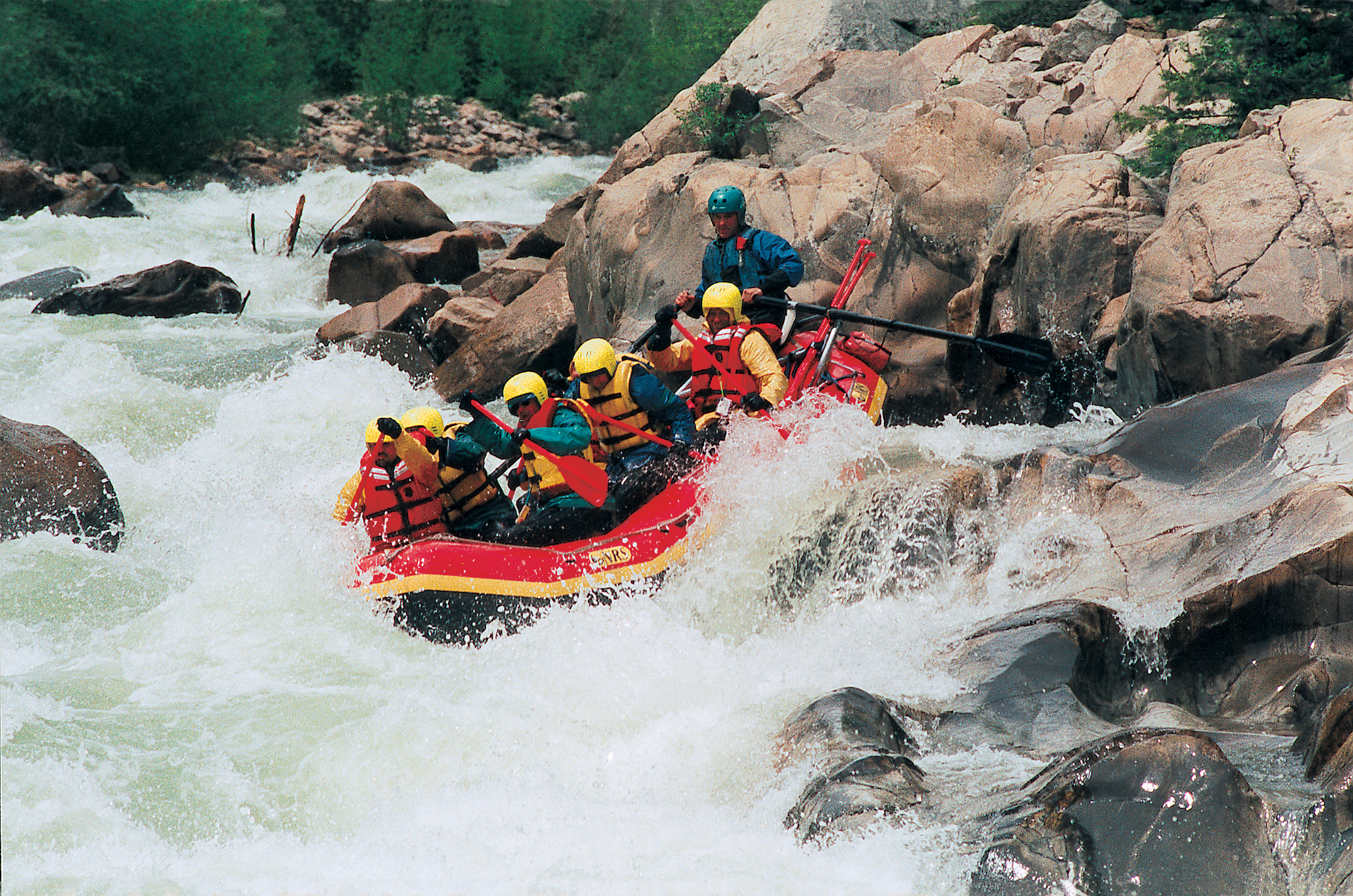 “What’s at the heart of being a professional guide is minimizing the risks that are within the framework of what you’re doing,” Alex says.

Training, education, preparation, and protocols for guides have improved with time, along with the gear. With highly efficient self-bailing boats and neoprene wetsuits, the days of clumsy navigation and brightly uninsulated attire are no more. The wetsuits are pretty darn important as frigid water is the number one hazard in river rafting. In the midst of summer, the river won’t climb above 50 degrees. 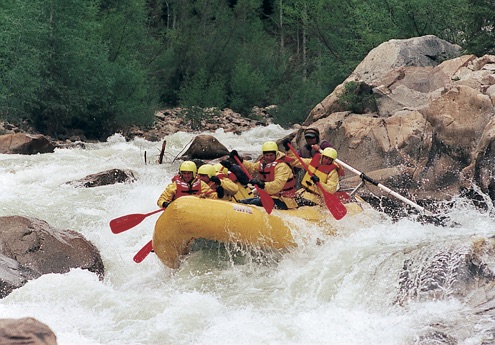 One Way in, One Way out

It is illegal to walk along the railroad tracks. Instigators like Wayne Walls and his buddies found that out the hard way.

Since those early rafting adventures, the Durango & Silverton Narrow Gauge Railroad has hauled river enthusiasts with their gear into the remote river sections of the Weminuche Wilderness. There is no road access to the Upper Animas put-ins, ensuring an impressive hike if missing the last train back to civilization.

What Else Has Changed

With over a hundred trips of Upper Animas experience, Alex has noticed more private kayaks and rafts venturing into the mayhem roaring below the San Juan Mountains.

The Upper Animas has become a destination for experienced whitewater fanatics while remaining a little secret.

Since the nineties, he also remembers more snow at the beginning of the season. “We had one trip in ‘95 where it must have snowed two inches at lunch,” he recalls from an expedition in springtime. “One gentleman had described it as spiritual.” 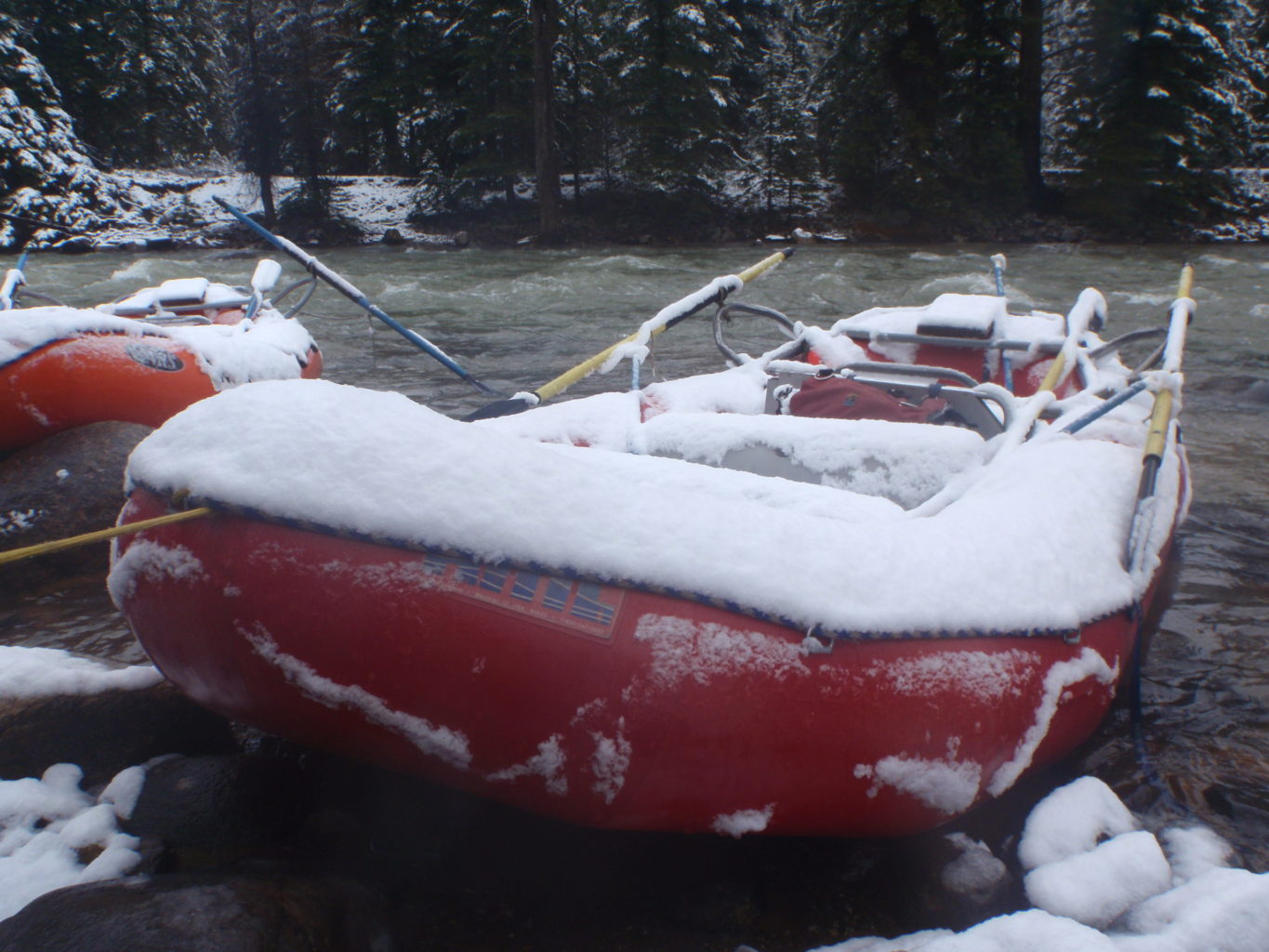 The Animas River is free-flowing making it unpredictable by default. Trees are falling as beavers make renovations. Undercurrents arrange themselves in unfamiliar patterns from the supply of the snowpack’s runoff. Every year there will be new characters within this wildly conquering stream, making it mandatory to portage and scout the lovely and technical hazards along the way.

What else is there to the Upper Animas

“It’s a little piece of paradise, it’s really nice. That’s why the 3-day is my favorite trip. You get to spend a day in Needleton just soaking up the surroundings.”

Once the train agreed to transport the river nerds, there have been semi-permanent camps for decades along the banks. Its tremendous wilderness unites the nature-river-loving community together without question. 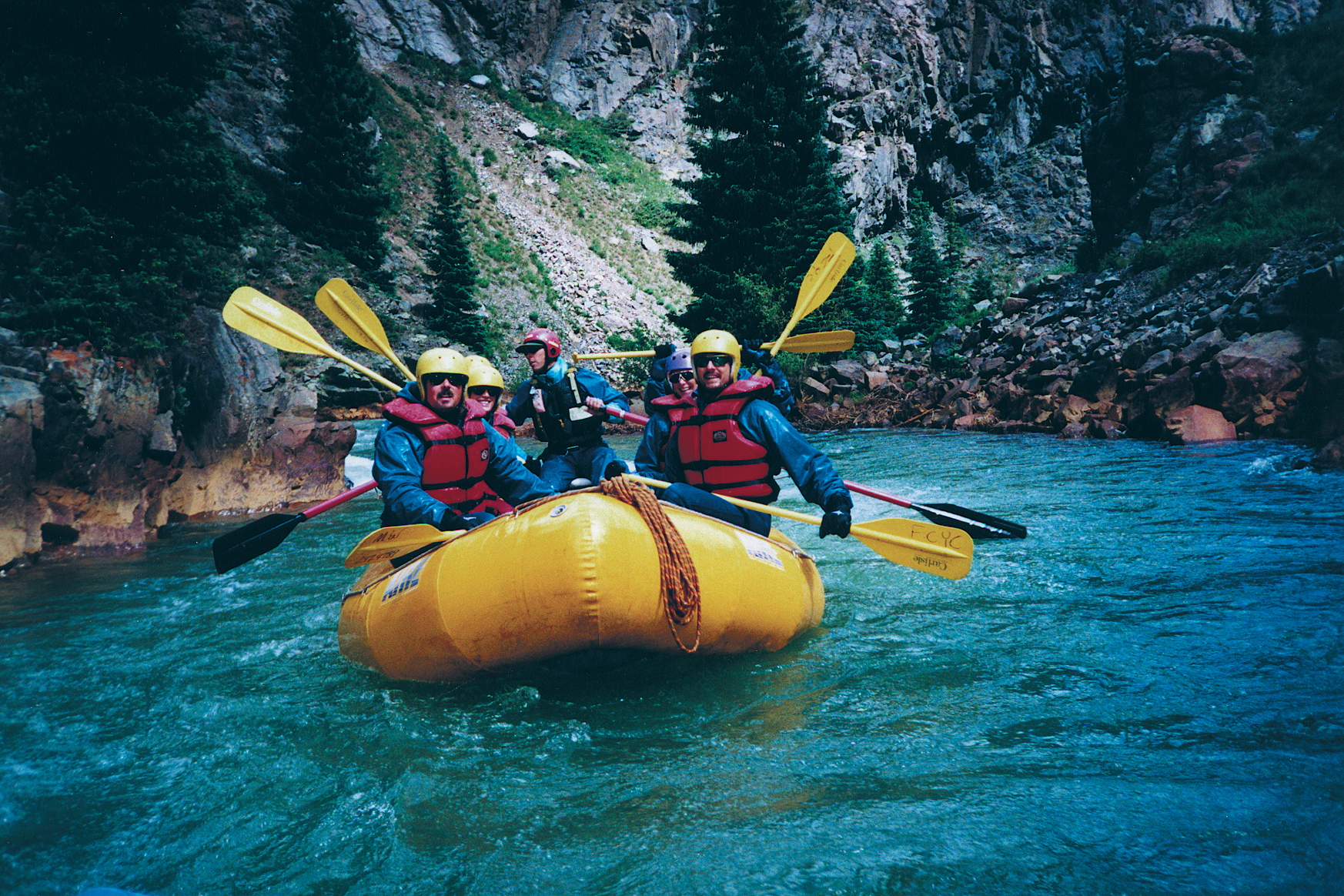 “It’s this whole experience of uniqueness,” Alex said. “This 18th-century railroad shuttle delivering supplies, the incredible mountain setting with 14,000 ft peaks rising right from the banks of the river, the camping with dynamite food and limitless stars. It’s just so much more than whitewater.” 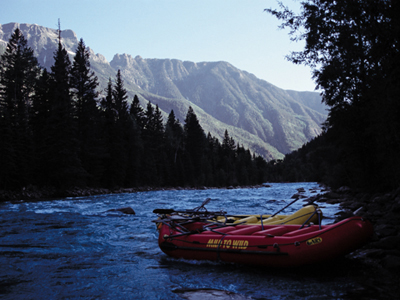 We’ve come a long way since the sparse technology that chaotically barreled down this untamed river. We thank the overly determined and possibly eccentric navigators. Over time, this wild child made by the San Juan Mountains beckons all jubilant whitewater vagabonds. They approach the Upper Animas as an uncompromising beast, only to be ridden in a respectful and joyous surrender in the plunge of winter’s weight. It’s a symbol of human’s captivation by nature’s authority.

What is CFS and What Does it Mean for My Raft Trip?