A New Perspective on the Beautiful Dolores River Rafting

Dolores River Rafting is back! For the first time in over a decade the Dolores River will receive consistent flow releases from McPhee reservoir. That means consistent rafting on this extremely special and unique river. A true classic western river, the Dolores is on par with the greats: the Grand Canyon, the Salmon River and then there is the Dolores River! Winding through slick rock canyons, remote wilderness, and towering ponderosa forests, the river reaches terrain rarely touched by humans. The Dolores is dammed near the headwaters at McPhee Reservoir.  For many years the droughts in Colorado in conjunction with farmers using the water as a means of irrigation have prohibited any ability to run this river. The Dolores is a classic emblem of the struggle to balance agriculture and recreation in the west. Since the water levels have been dangerously low, the Dolores River has been largely inaccessible to boaters. The McPhee Dam now holds the water that was once flowing down the Dolores River Canyon. The River has been considered “dead” since the drought struck Southwest Colorado in 2000. The river hasn’t been consistently raft-able since the McPhee Dam was suddenly forced to release water during a rainstorm in the fall of 1999. Flowing at a less then raging one cubic foot per second, the Dolores river hasn’t flowed much higher than ankle height in years. Occasionally the river has gotten a few days of water released. It has not received a full season in close to a decade. 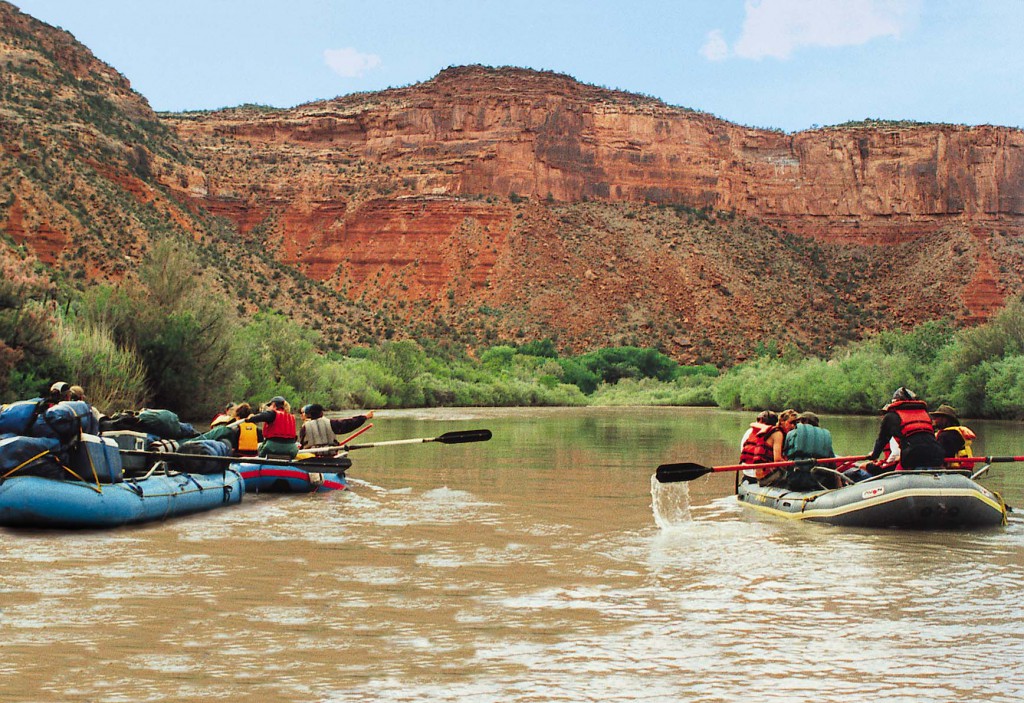 Deemed to be one of the mightiest white-water rivers in the West, the Dolores River drops over 6,500 vertical feet over 50 miles. Since 1984, the McPhee Dam has held back the water flow to this river to be diverted to irrigate farms in Montezuma Valley and Ute Mountain Indian Reservation. Farmers in this area pushed hard to get the McPhee Dam to be used for their irrigation purposes. In their eyes “water not used is water wasted.” Dating back to the 1800’s, there have been constant battles between environmentalists and farmer regarding what the precious river water should be used for. Environmentalists and rafters are in favor of letting the water run its course naturally. Those with a vested interest in agriculture and forestry want to keep the water in the region, rather then flowing out of state. With such an arid climate, the water is a valuable resource for agriculture in the Southwest. The fact that snowpack is finally high enough to allow for releases from the McPhee Reservoir is rare and end exciting news! A white-water rafting season on the Dolores River makes it’s return. 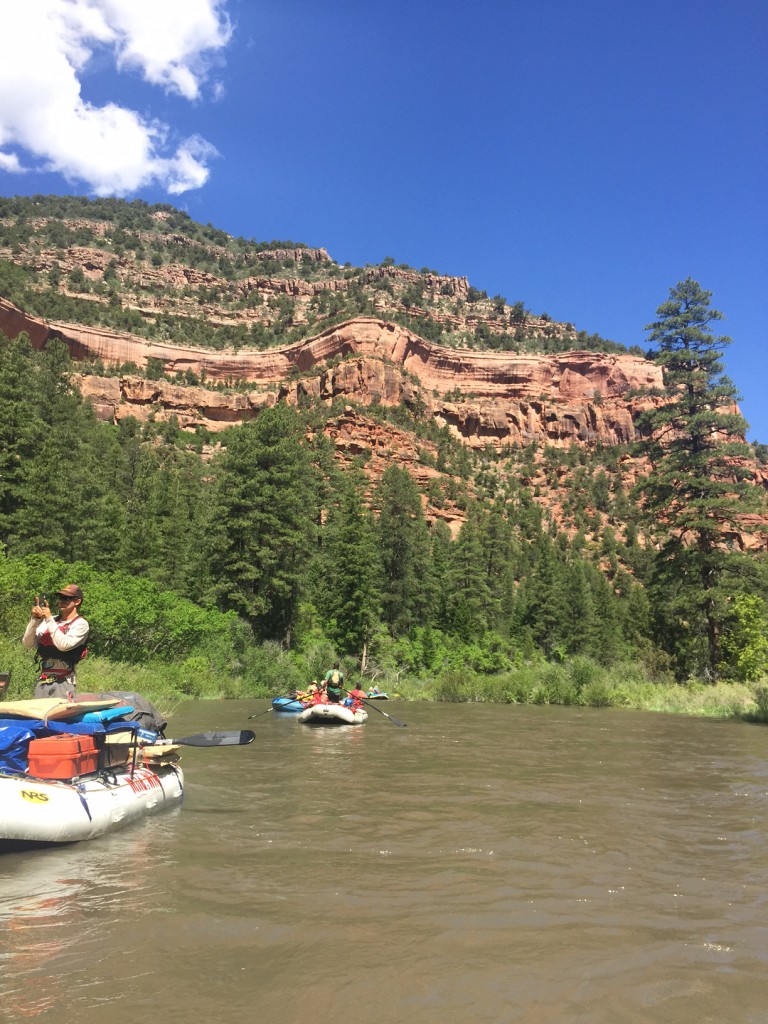 Dolores River rafting is something you won’t want to miss out on this season! With a predicted white-water season from April to early June, this rare chance to raft this bucket list river. The Dolores River is a bit of a “jewel in the desert”. It has such a controversial history and the release of water from the McPhee Dam is so infrequent. It is predicted that the Dolores River will have 60 days of river flow over 800 cubic feet per second (CFS). Thirty nine of those days above 2000 CFS! Four of those days at 4,000 CFS. In layman’s terms, that means the river will be flowing furiously at full blast! This is not only beneficial for boaters and rafting companies, but is also a great opportunity for the river to restore its native habitat. It is currently predicted that 255,000 acre-feet of water will be released into the Dolores River. Making it a raging whitewater adventure with a few powerful Class IV rapids! There is rarely enough water to navigate a kayak, let alone a raft, down the waterway. We hope you are as excited as we are to return to a rare Dolores River rafting season! 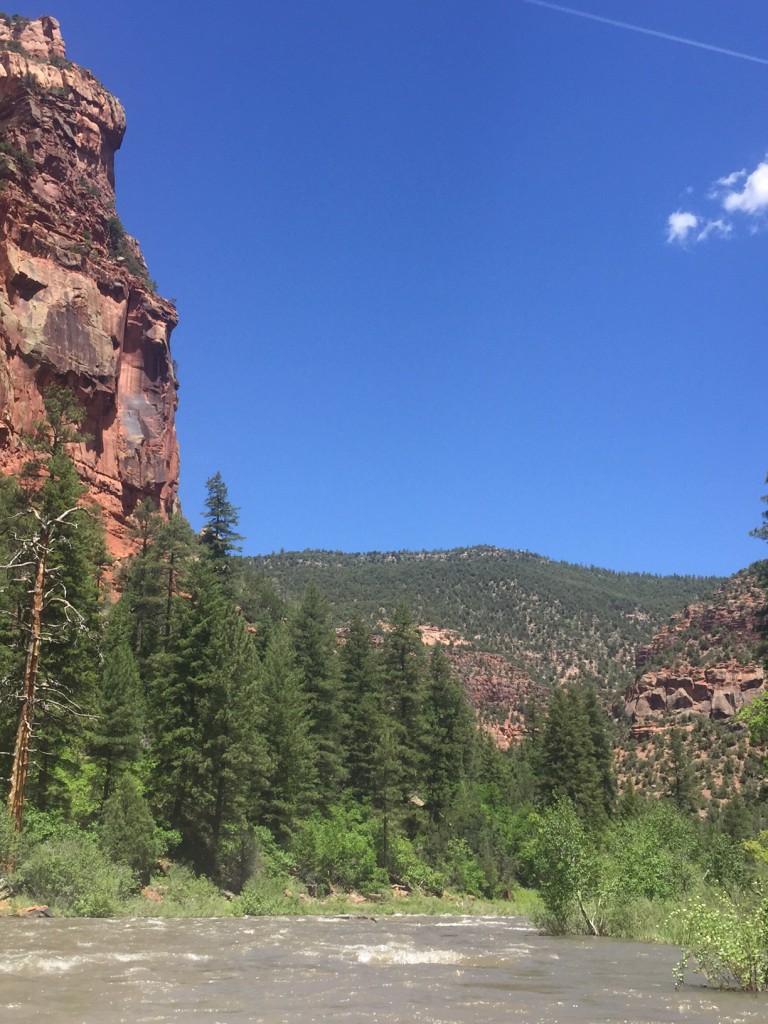