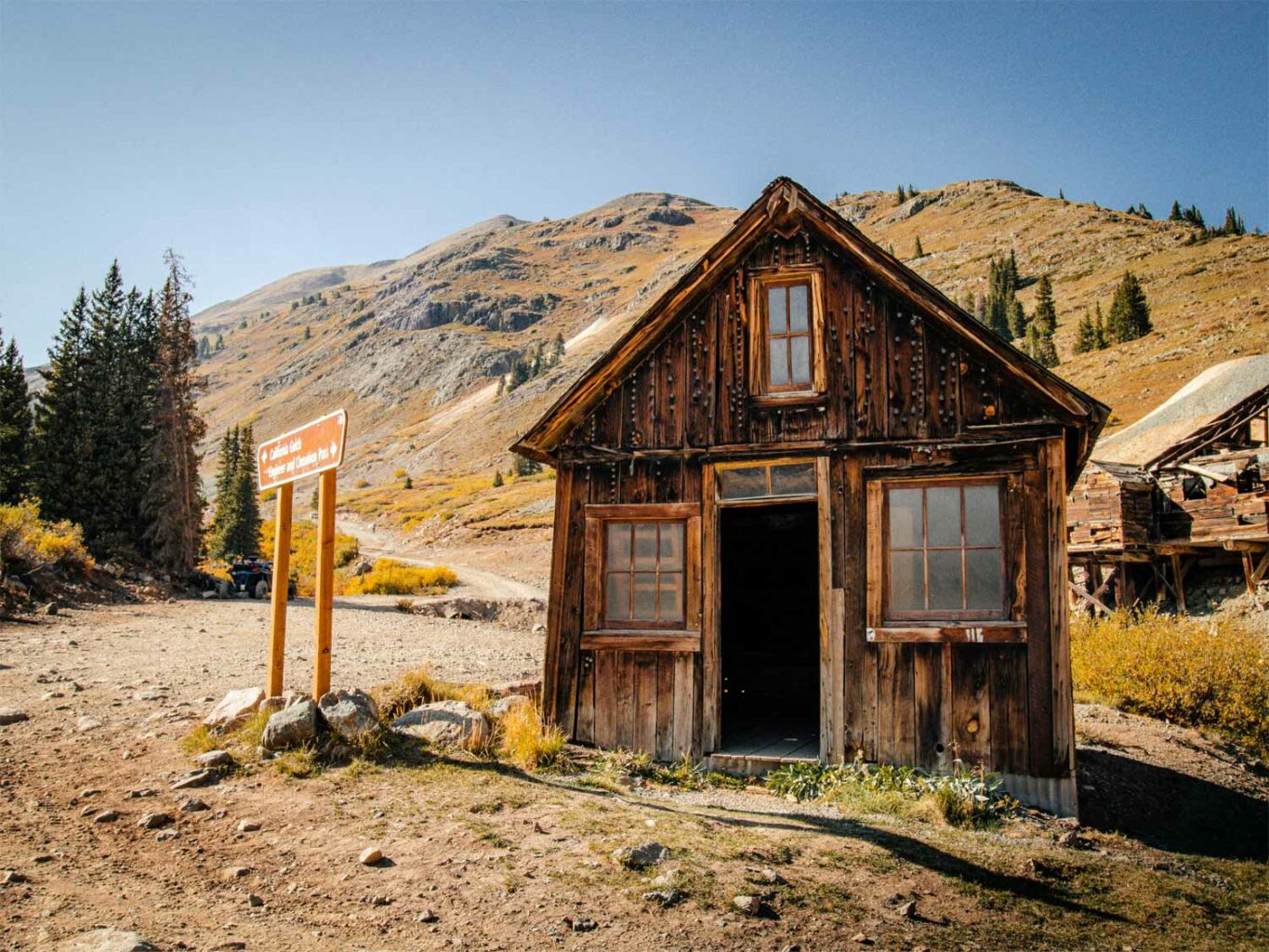 The Million Dollar Highway is a historical site in and of itself, but its many detours along the cliff-hanging route add so much more context to its initial creation in the 19th century.

When you drive U.S. 550, you’re cruising on over a century’s worth of ingenuity, tact, and downright gutsiness. It was the artery for feats that were just as daunting, as thousands of newcomers scoured the perilous San Juans for silver and gold over 150 years ago. But as all booms have a tendency to bust, so did the search for lucrative metals. By the 1920’s, the surviving towns connected by the Million Dollar Highway had no choice but to invest their futures in tourism. Yeah, we think they definitely made the right call with that!

Southwest Colorado now has more abandoned towns than civilized ones. So take your time on this 70-mile ribbon of asphalt on the mountains’ edge to check out the historical detours along the way. After all, these old mining sites and communities are what made this corner of Colorado what it is today. 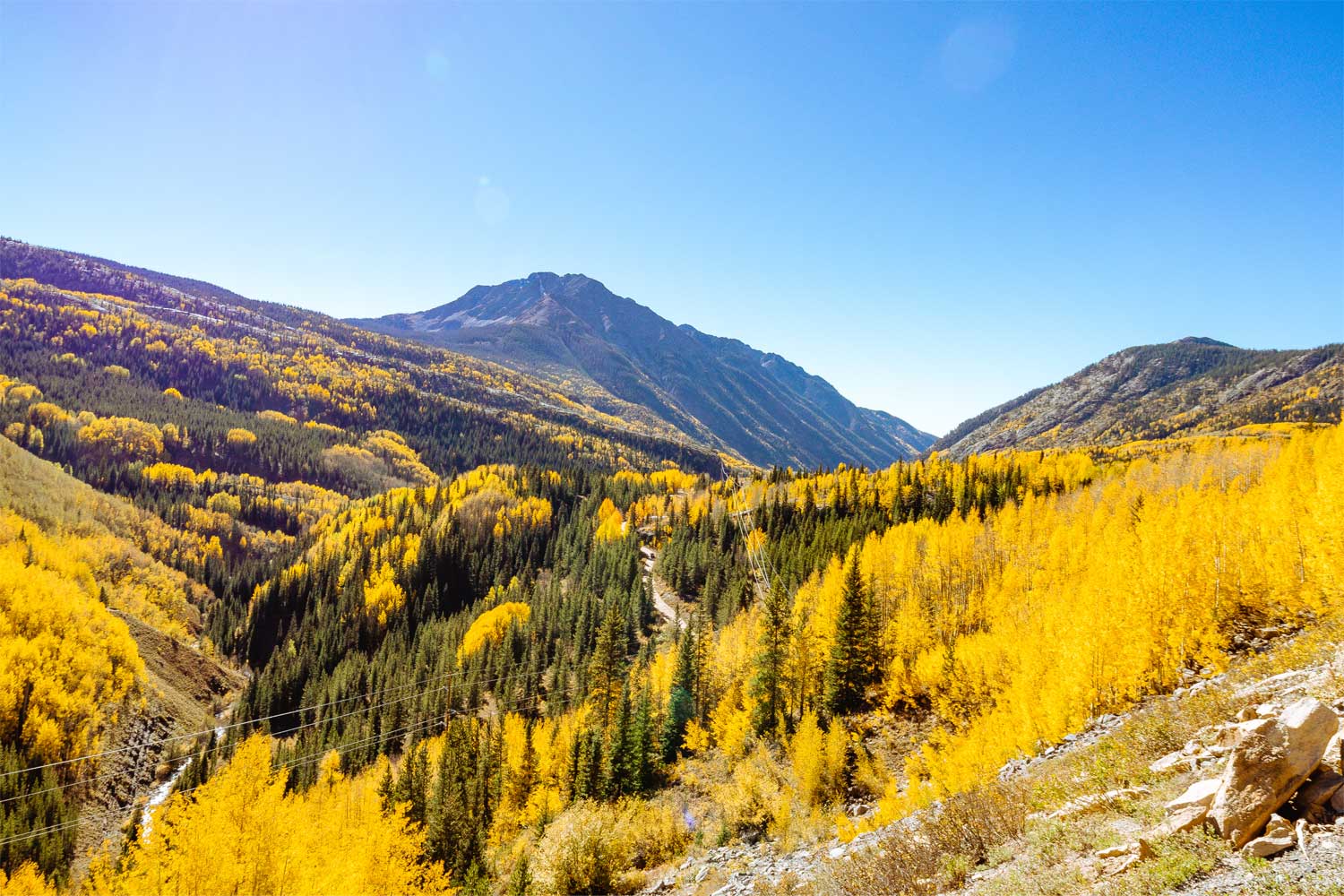 Old Lime Creek Road is a route that has been utilized for centuries. This is a fairly easy detour to take along the Million Dollar Highway, and it doesn’t require 4WD, but we recommend higher clearance for some sections.

Lime Creek was a part of the original road from Durango to Silverton, until U.S. Highway 550 received a huge upgrade in 1920’s, per Legends of America. The route itself was initially established by Ute tribes, which they used as a hunting trail through the Animas River Valley well before explorers started showing up and using it.

In the mid-1800’s, prospectors began striking away at massive mineral veins nestled in the mountains above Silverton. Until the Rio Grande Railway (today’s Durango to Silverton Narrow Gauge) laid its tracks on the other side of Snowdon Peak in 1881, ore was hauled down from the mountains and through the valley by wagon along Lime Creek. 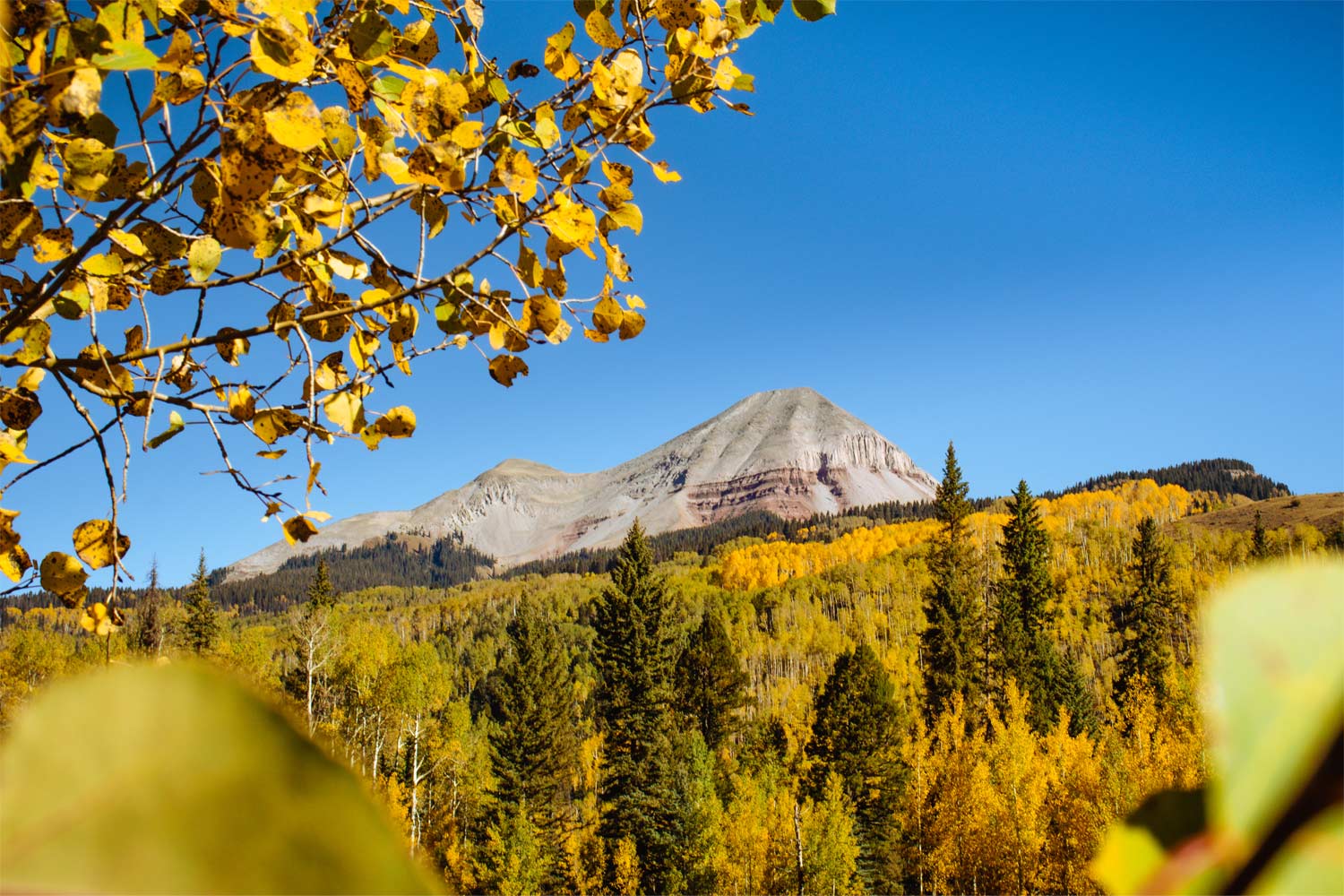 Old Lime Creek road is 11 miles long starting from the base of Coal Bank Pass and ending at Molas Pass. It takes between 2 to 3 hours to complete depending on how much you stop to ogle the astounding scenery.

Along the way you’ll find ponds, the trailhead to Spud Lake, and maybe the secret trail to Adrenaline Falls. The road also boasts dispersed campsites, sweeping aspen groves that are a must-see in fall, and the Lost Mine. 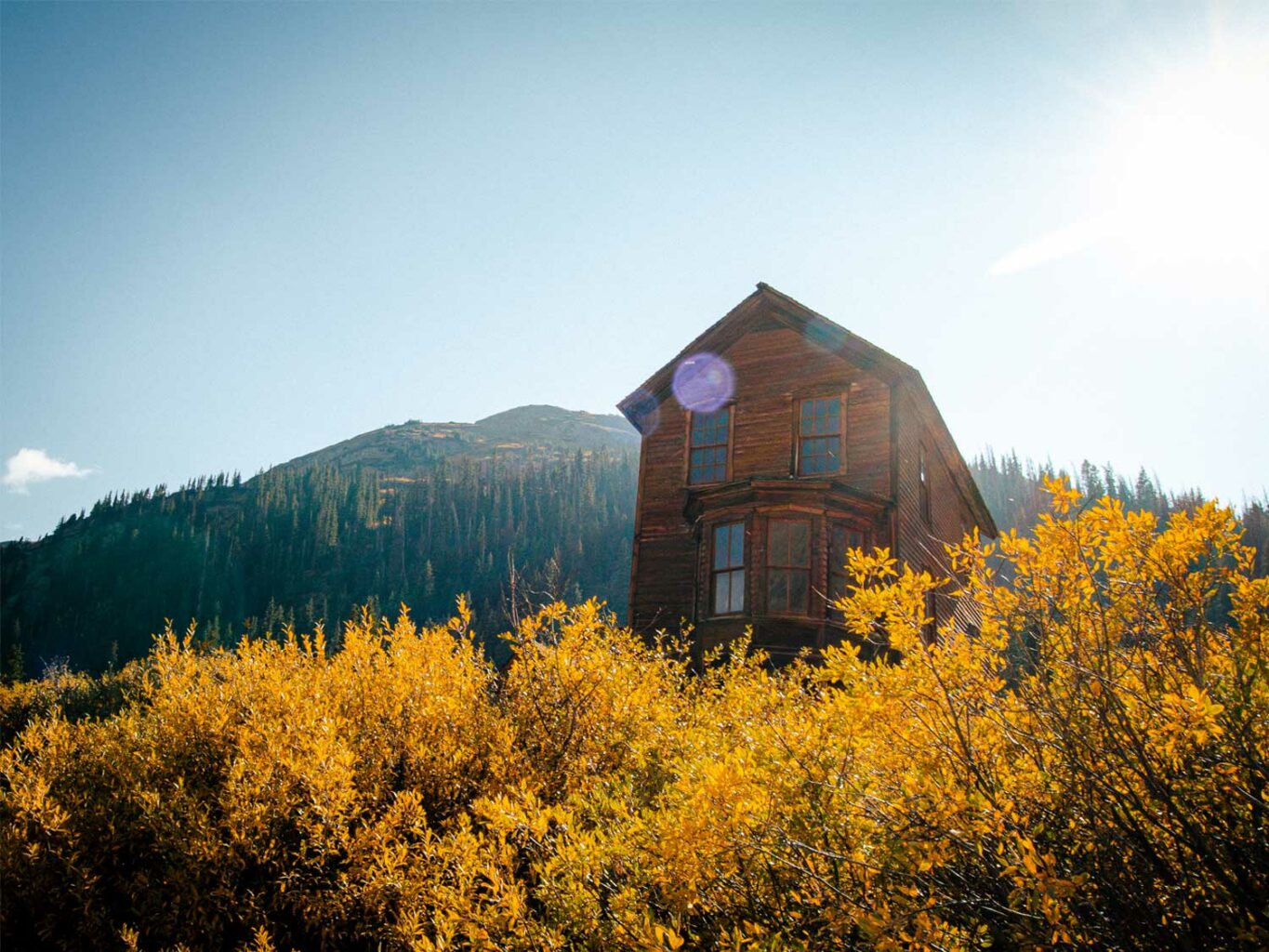 The ghost town of Animas Forks is a little over 12 miles from Silverton, and it is a small portion of the highly acclaimed off-roading trail known as the Alpine Loop through the San Juan Mountains.

This abandoned mining community is truly a special gem that preserves a huge aspect of  Colorado history. The town began to take shape in 1873 after a few miners happened to find that the area was hiding some gold in the surrounding timberline, per Rocky Mountain PBS.

Within a few years, the mining hub hosted up to 30 buildings, which included multiple saloons (naturally), a hotel, jail, and the highest newspaper in the world— “The Animas Forks Pioneer.” However, residents would descend from the 11,200 foot high village to Silverton in fall each year to avoid getting completely snowed in.

In 1904, the Gold Prince Mill was erected as the first steel mine in the United States. But by 1912, the plummeting price of silver caused the mine to close, and thus, the residents of Animas Forks to move on. What is left of Animas Forks are the steadfast structures that survived a town fire and the unrelenting weather of the San Juan Mountains.

Animas Forks is another easy detour to take off the Million Dollar Highway that doesn’t require an off-roading vehicle to reach it. Once in Silverton, head up the valley on Blair St. aka Co Road 2. You’ll pass multiple mills and other abandoned settlements like Howardsville and Eureka along the way as you follow the headwaters of the Animas River.

While you will be able to reach Animas Forks without 4WD and high clearance, the phenomenal peaks waiting just above the ghost town will require it. If you’re interested in exploring the rest of this high-hanging valley, along with gaining a wealth of insight to the mining and geologic gems of the San Juan Mountain, consider taking a Silverton Jeep Tour to get the most out of your visit. 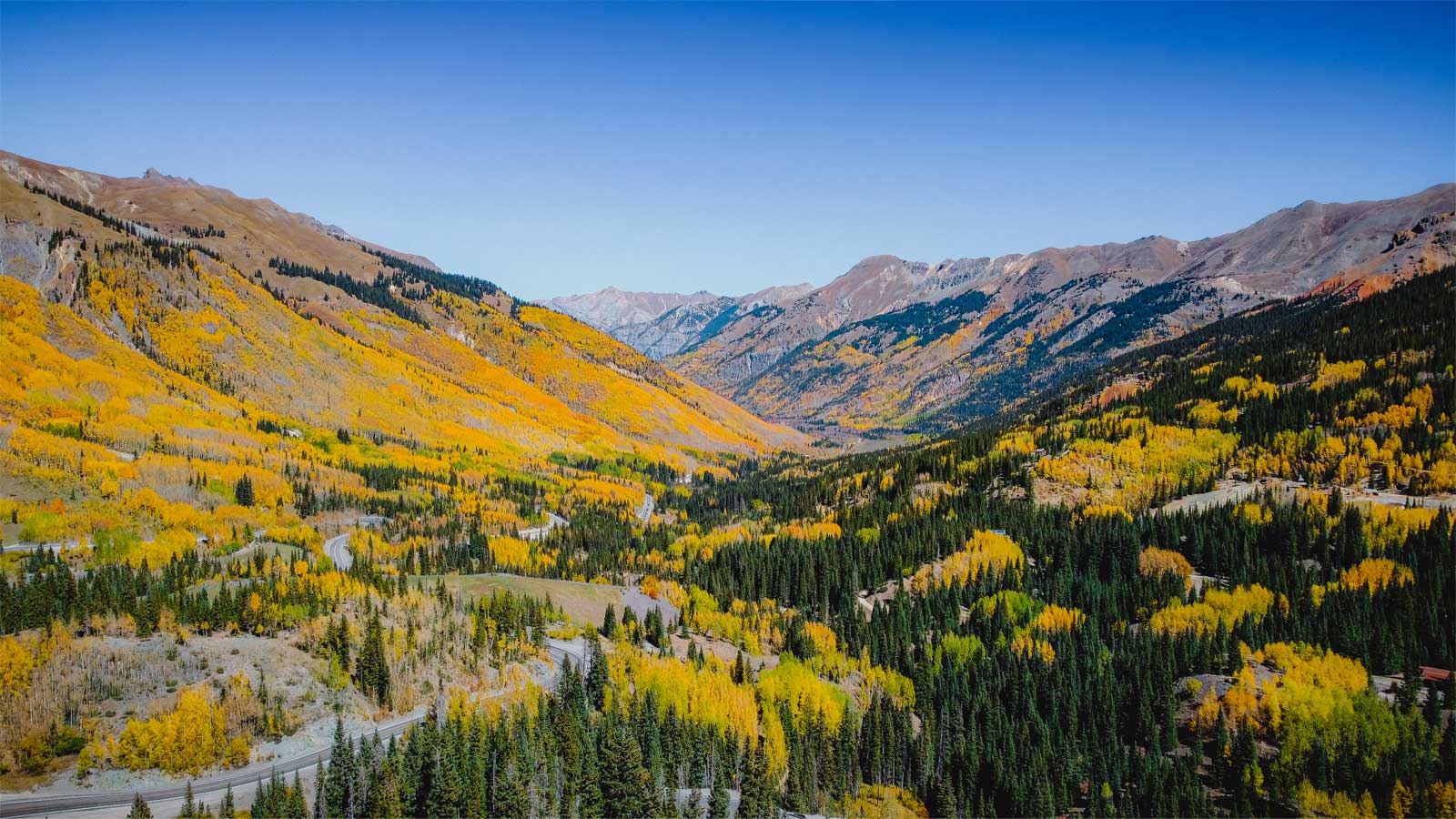 The Red Mountain Mining District is a moderate detour along the Million Dollar Highway that’s about 14 miles long. High clearance and/or 4WD is definitely recommended in certain areas of the drive.

In 1883, this metal-laden swath of alpine had close to 40 mines. Combined, they produced more than $250 million dollars worth of minerals in today’s money, per Legends of America. This is pretty astounding given that most of the mines completely closed within 30 years after construction.

The Yankee Girl Mine is an especially interesting and popular site to visit as it was one of the most profitable mines in Southwest Colorado in its heyday. Plus, it has endured the impeccable elements of Red Mountain Pass splendidly. The headframe sits right over its vertical mine shaft, and is connected to the Robinson and Orphan Boy mines through an extensive tunnel system. Unfortunately, we’re unable to traverse these man-made caverns today, although probably for the best.

To start, take the road adjacent to Forest Road 825 to the well-preserved Longfellow Mine. Continue left until you reach Red Mountain Creek, then go right to continue north. At the fork, take Co Rd 31 to the Yankee Girl Mine.

After your visit at Yankee Girl, just past the mine is Guston Rd, take the right and go a few hundred yards and stop for a short jaunt to the Guston Rail Depot. If you continue on about a mile further on Guston Rd to a parking area you can hike to the remains of the Ironton Turntable, or a shorter hike to the American Girl Mine. Otherwise, backtrack from the Depot to the main trail (road 31) and follow it down to US 550.

The Chattanooga Mine is about 7 miles north of Silverton. This old mining spot was primarily used as a supply hub and transportation center where the train chugged through by 1887, per Western Mining History. It was situated under one the train’s most precarious and crooked maneuvers as it climbed over 500 feet at a 200 degree curve.

The Idarado Mine is about half-way between Ouray and Silverton. It’s the site of the Treasury Tunnel, a rugged version of today’s subways that extended over a hundred miles of tunnels through the Red Mountain Mining District. Nearby are various homes that are still standing from their days of the silver boom 140 years ago.

The remains of the once bustling mining town of Ironton is only 7 miles south of Ouray. It’s a short detour off U.S. 550 where multiple homes from the late 19th century are still standing today. Ironton was a part of the Red Mountain Mining District, and in its prime had over 300 residents, per Western Mining History.