So, it’s summertime, and you’ve got a camping trip planned in the desert, despite the impeccable temperatures that could even make reptile exert a few expletives.

We take it you’re in need of a few desert camping hacks for keeping yourself blanched, and thus, a happy camper. Check out this list of cool tips —ehehe— that’ll make your wilderness odysseys a bit more comfortable!

There are so many options for keeping drinks cold FOR HOURS ON END nowadays. From super fancy tumblers to thoroughly insulated koozies, long gone are the days of having to immediately guzzle a beverage for the glory of cold liquid cascading into the gullet.

Also, if you have an extra tumbler on hand, fill that thing just with ice for later replenishment on the trail, or, you know, sitting in a river like you should be! Here’s some options to keep your water and brewkies cool whilst baking in the desert: 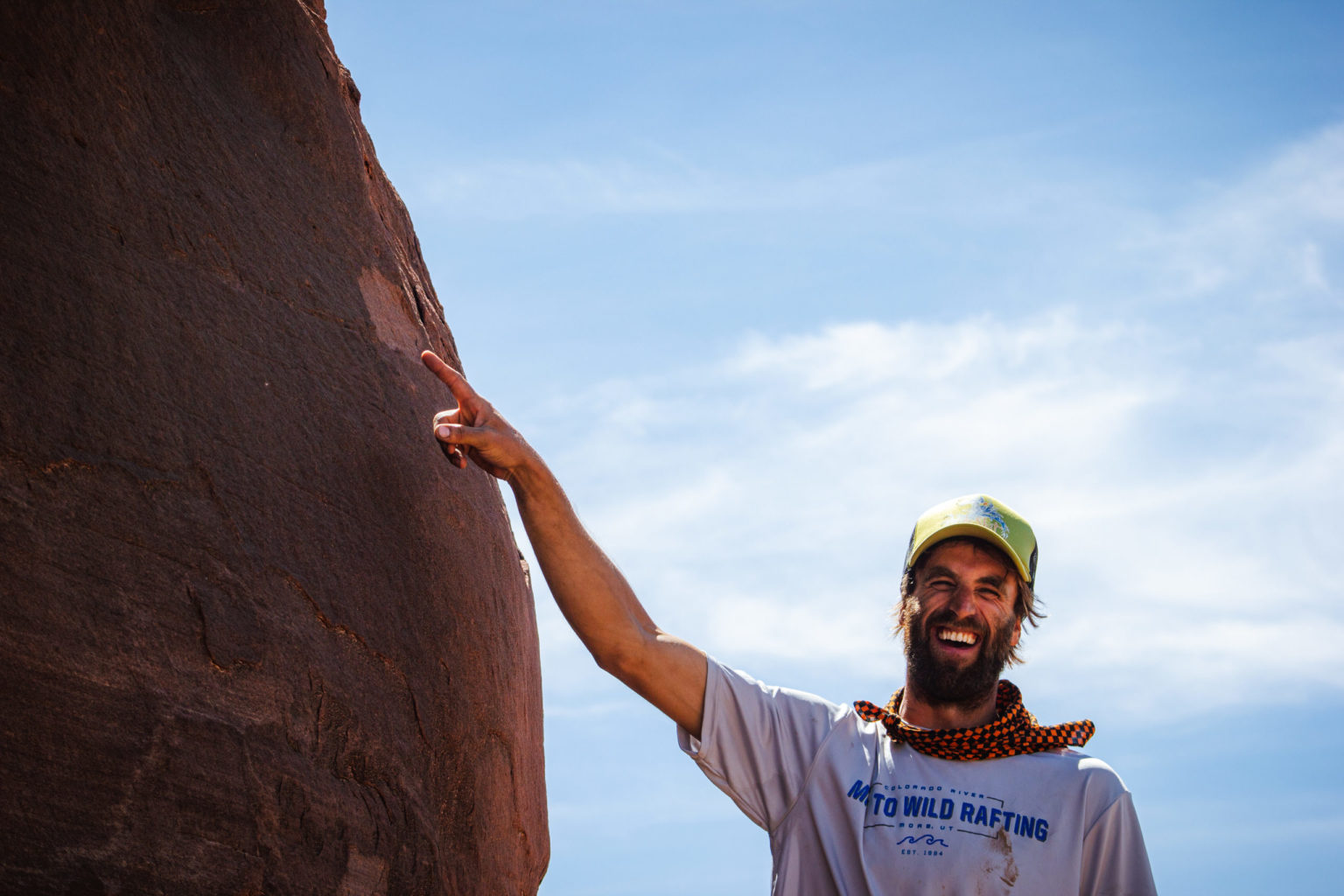 If you’ve never heard of these gifts from the polymer forces that be, we’re here to fix that pronto. It’s like a scarf, but for summertime! These special neck ties keep you cool with fabric that slows the evaporation rate when they’re wet. And because the blood vessels in the nape are close to the surface of the skin, it’s a quick-cool spot on the body.

Other quick cool spots include the temple area in front of the ear, inner thighs, wrists, elbows, knees, feet and inner ankles. So when you’re camping in the desert heat, hit those other cool spots as much as possible. There are tons of options for cool necks, check out this awesome list the 10 Best Cool Neck Wraps to find the perfect one for you!

#4 Trade out the Sleeping Bag for a Cotton Sheet 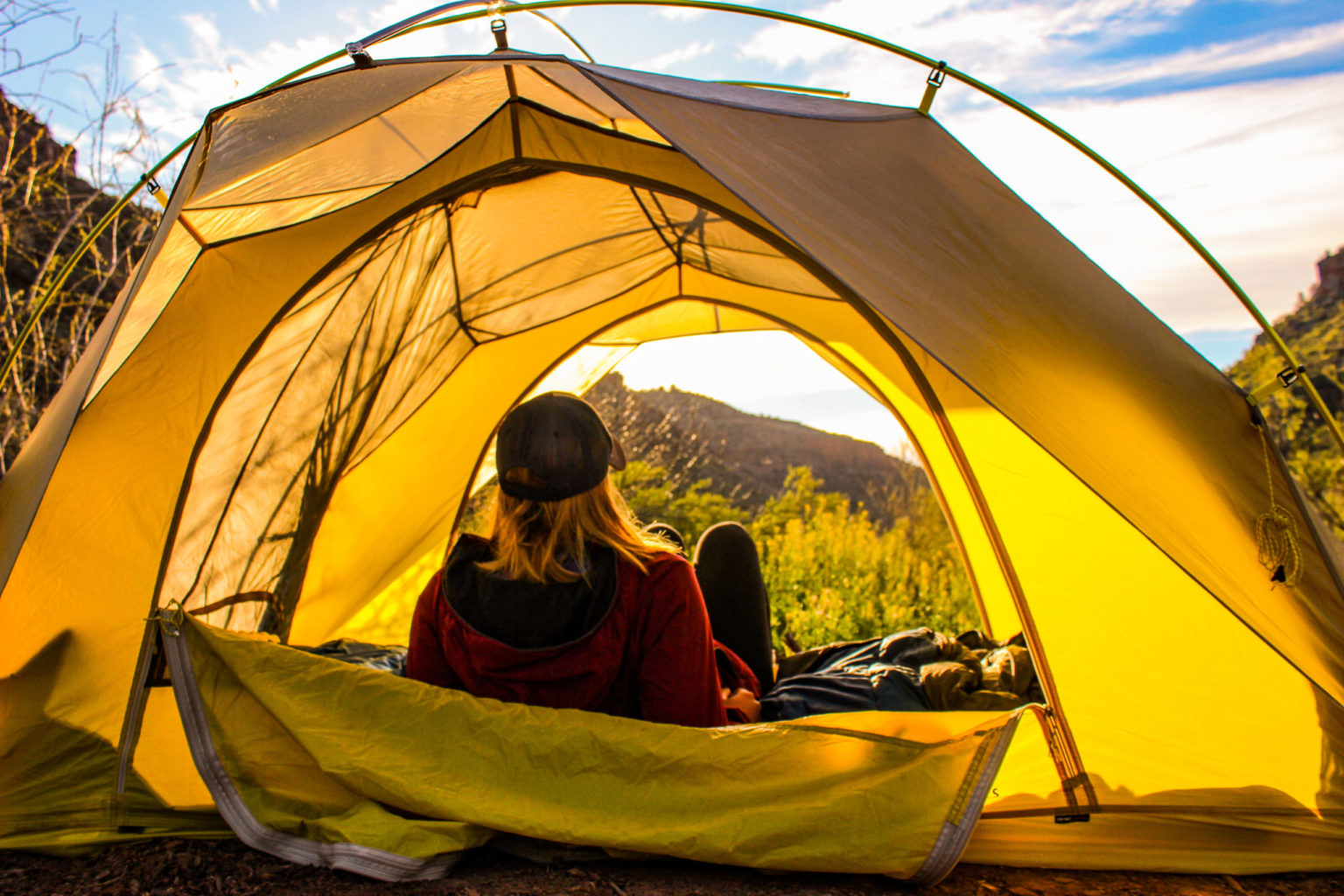 Some deserts are kind enough to cool down once the sun calls it a day. But that doesn’t always mean it gets cold enough to wrap yourself up like a flannel burrito under the stars. In fact, the evenings might be the time you want to relish in that cooler air as much a humanly possible rather than hide from it.

When that’s the case, opt for a cotton sheet for the night instead of a sleeping bag. You’ll still feel cozy, but the cotton’s breathability will give you a far better chance at a refreshingly deep slumber. Or, when you do need the sleeping bag, throw the sheet inside of it to avoid any sweaty sticky nonsense during the night.

This tip is more about keeping an emotional cool rather than literal, but it’s still very much in the realm of desert camping hacks! One minute you’re strolling along on a dusted trail gandering at plumed clouds, a cobalt sky, and fun rocks, until— A mischievous little cactus jumps out and stabs you right in your sorry exposed flesh.

Chances are you’re a smart cookie and already have the tweezers on hand to perform surgery immediately (right, honey?). But then, like a tiny piece of glass, you can still feel the zing of something sharp inconspicuously hanging around in your skin.

Cue the Elmer’s Glue: Smooth a layer of it over the inflicted area, let it dry, and then peel it off. Those sneaky barbs will come right out, and you’ll feel super nostalgic of grade school in the process— win-win.

#6 Wear and Use Gear with Light Colors 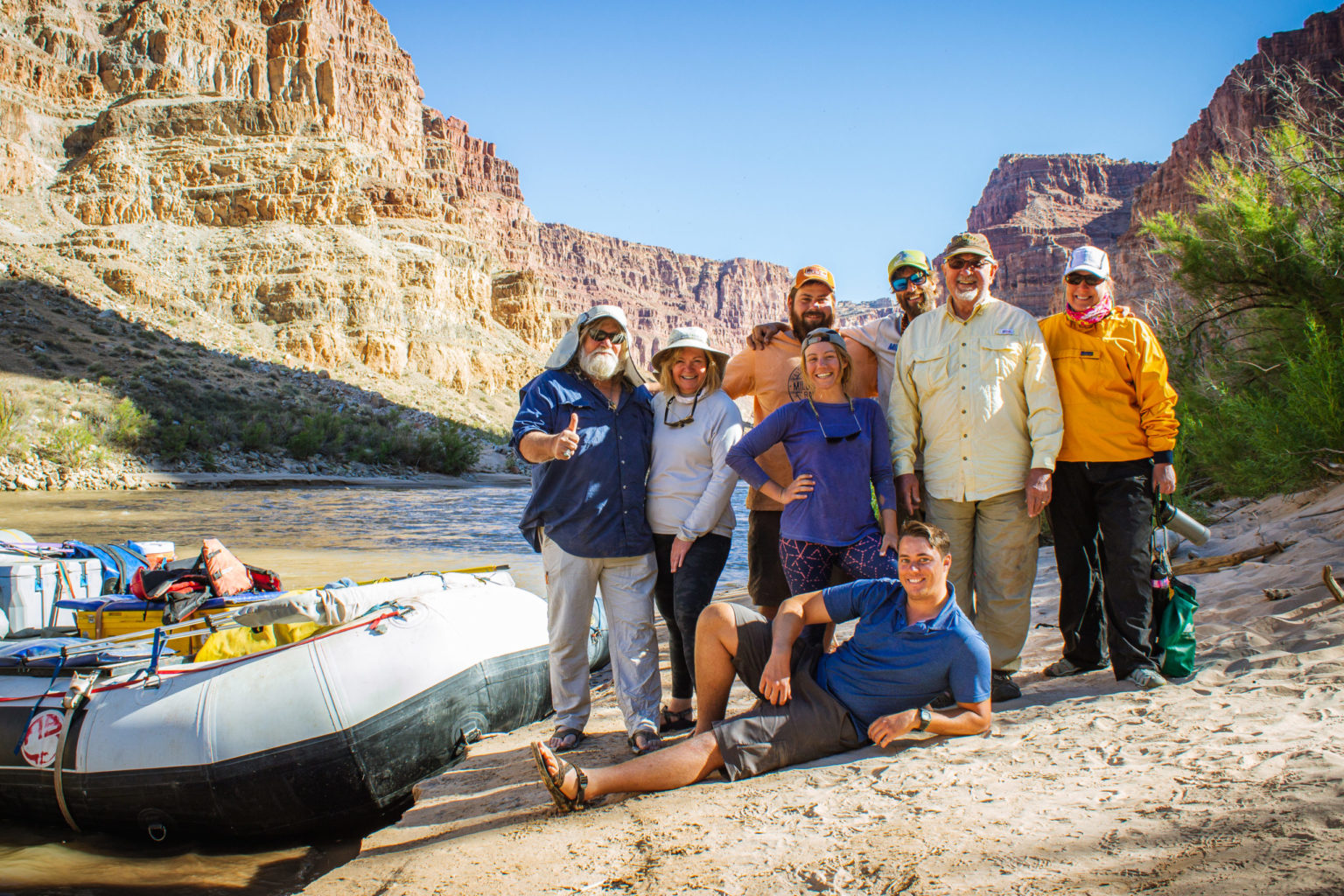 We get it, you’re really cool. But actually, you’re not, at least if you’re wearing black and other dark tones out in the desert during its hottest months.

This is because deeper tones absorb sunlight while lighter colors reflect it. You might be thinking, “But I don’t want to look dirty,” and our rebuttal is, “Nobody cares!” And you certainly won’t either, especially once you’re drenched in so much sweat that you’re leaving a trail of it across the landscape.

Apply this hack to more than just your garb like water bottles, chairs, backpacks and such. It’ll go a long way out in that righteous-yet-relentless summer sun.

#7 Camp at the Entrance of a Canyon 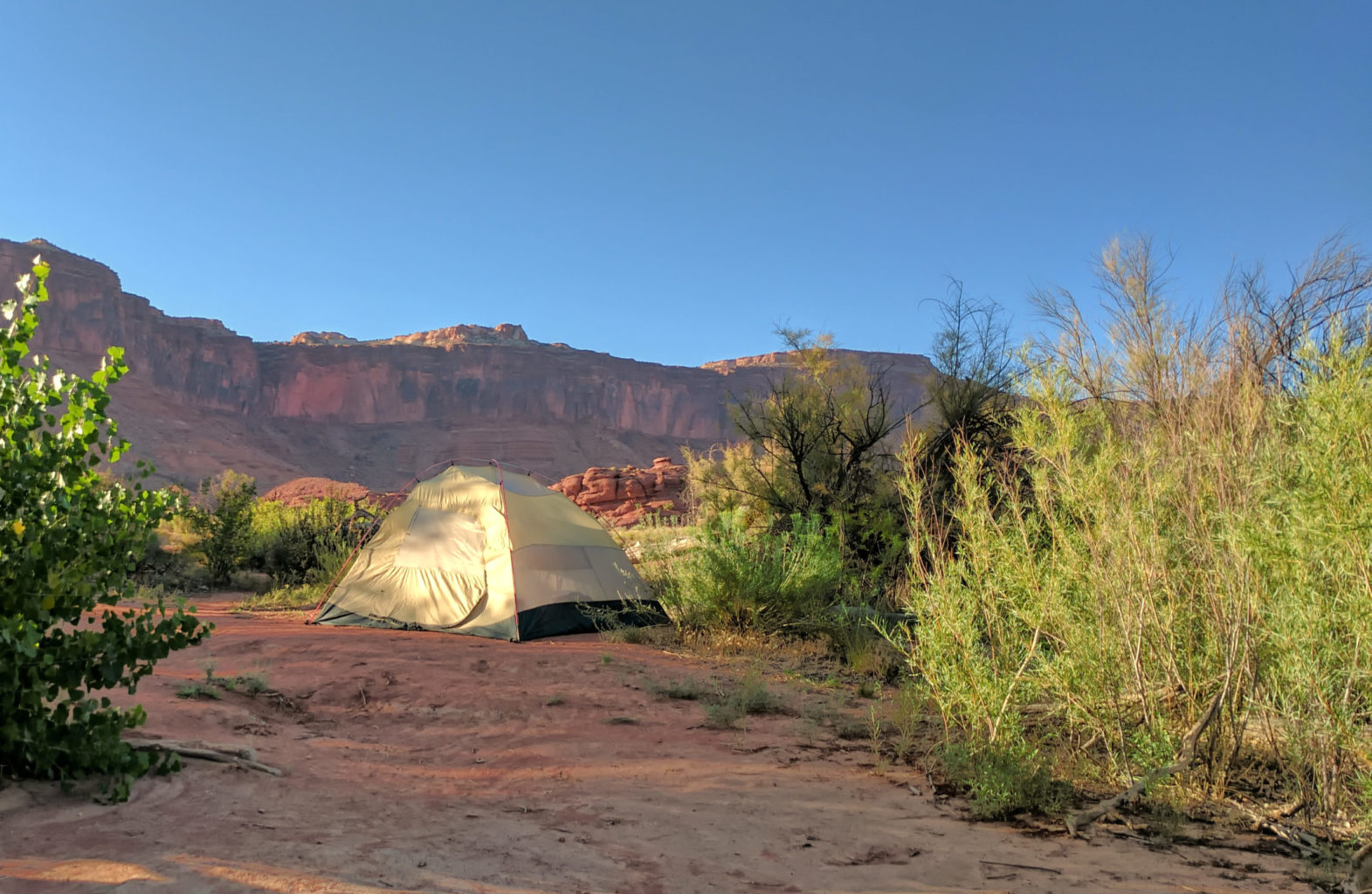 If you’re trying to catch a breeze, using diurnal winds is another desert camping hack that will help you keep cool during summer adventures. Diurnal winds are created by the exchange of rising heat and sinking coolness within the various elevations of canyons.

For shade, a silver tarp reflects light the most, and thus the heat while you’re trying to literally chill on those sizzling afternoons.

Tarps are also super useful to keep you cool at night by using them instead of your tent’s rain fly to allow more air circulation. You can do this if you’re able to put your tent between a couple trees, boulders or vehicles. String the tarp up to hover over your tent, and Bob’s your uncle, you’ve got rain protection without having to sleep in a sauna.

And another thing, tarps are handy to bring along for the impromptu monsoons that come along in the desert during summertime, especially if you’re hiking in an area that doesn’t have any natural shelter.

#9 Alternative to Campfires when There’s a Fire Ban

This is one of those desert camping hacks that is becoming more of a must as fire bans are becoming pretty common.

A really easy way to keep the reminiscent ambiance of a campfire is just to mimic one! And if you don’t have one of those gas set ups, this is a great alternative: Grab a string of battery or solar lights and throw them in the middle of your camp circle for the evening. You can put them over a pile of rocks, or dress up an existing fire ring to keep the vibe alive.

Glow sticks are also a fun way to give yourself something to look at in between neck cranes to the stars above. It’s not as good as a campfire, we know, but it’s better than just turning in for the night when you’d much rather be convening with the crew during the evening. 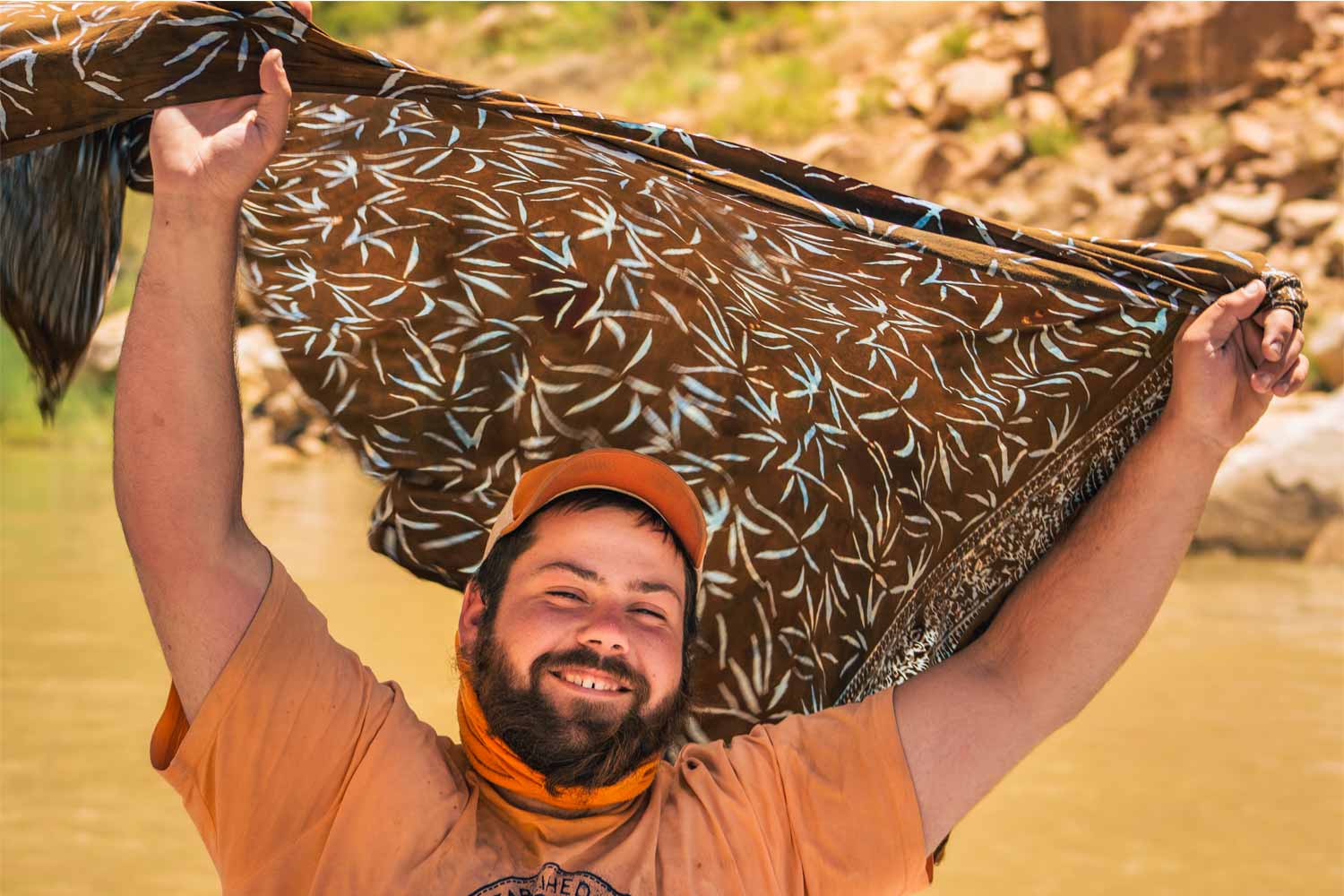 Not only will you look absolutely fabulous, sarongs are fantastic accessories to keep you cool. Throw one over your legs for sun protection when you’re hanging out, and soak them in a water source to keep your whole body refreshed while you wear it.

Sarongs are also perfect to use when the surfaces you’re trying to sit on are really hot, or for blocking out sun rays blasting you from the side under you shade shelter.

Peppermint essential oil naturally deters bugs, eases muscle soreness, and also creates natural cooling sensation. Not only does the smell give you those refreshing feels, but so does its contact with the skin.

You can simply give it an occasional whiff, or up the ante by putting a few drops on your cool neck while it’s wet, or any other quick cool spots we mentioned earlier. For in camp, add a handful of drops to a spray bottle of water to deter pests and give you and your friends a luxurious misting.

We hope these desert camping hacks help keep your cool while you’re out and about frolicking through canyons, sand dunes, cacti forests and plains. And don’t forget the basics! Like drinking enough water, and swimming in it, and singing old western licks on desert rambles! Happy campin’!